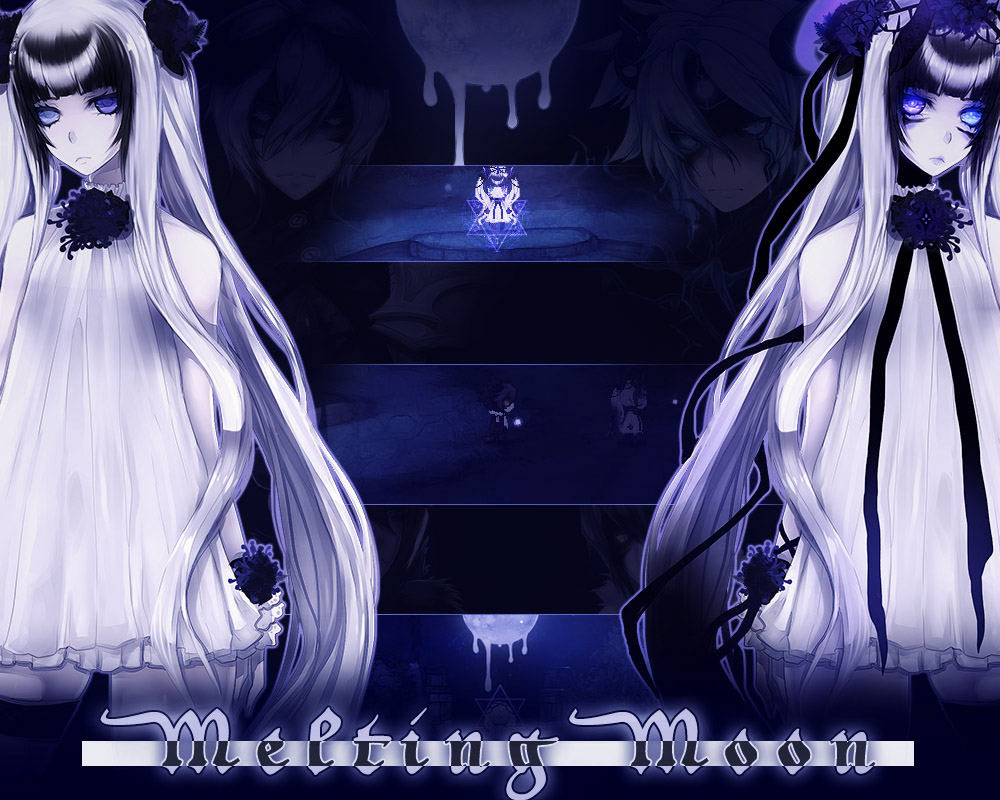 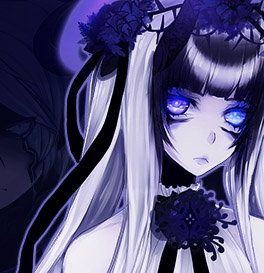 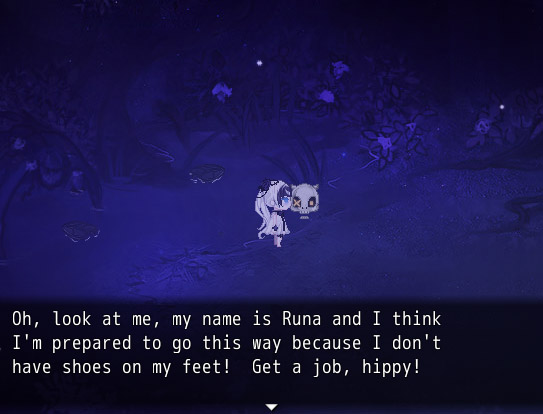 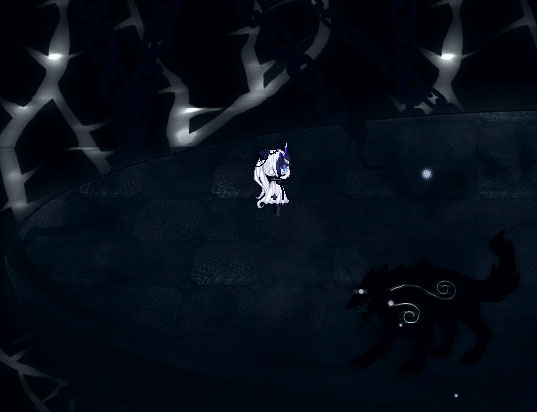 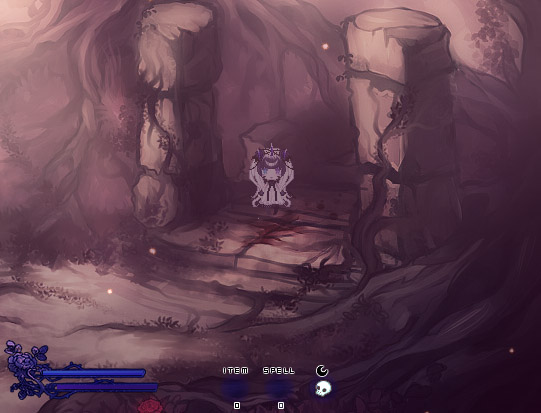 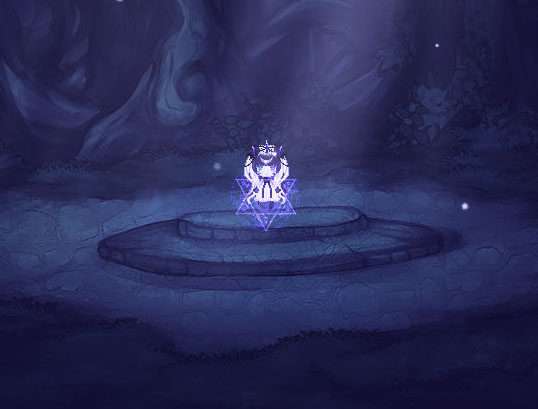 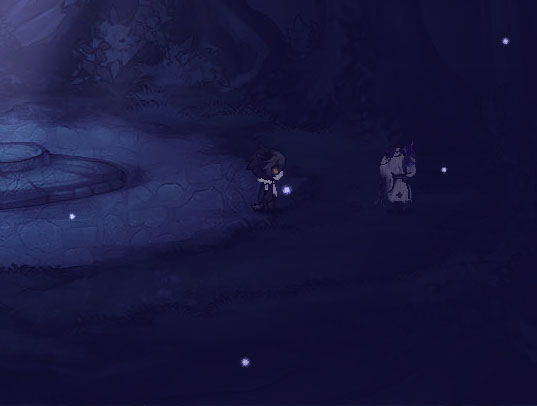 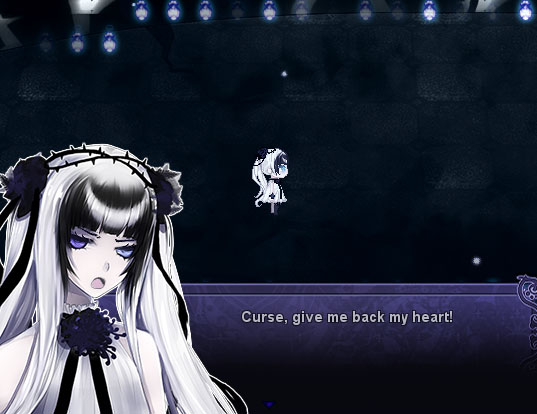 Be clever, little one, and steadily go, for your heart weeps more than you will ever know.

Runa has had so many nightmares about dying that when her own death happens, she believes it to be another nightmare, until she finds she has been dragged down to the world of the dead.  There she was confronted by Death, who offered her one chance to reclaim her soul from his icy fingers.  If she could best the other horsemen and reclaim fragments of a heart she had long forgotten, she might discover her "true self", and be able to escape her cursed fate.  However, if she could not complete this task by the time the moon of the dead melted from the sky, her soul would be doomed to suffer and fade away in the land of the dead.  As she endeavors to escape her fate, memories return to her with each fragment of a heart that she finds, and she begins to realize that her "true self" was deeply entwined in the fates of the horsemen, and of Death.

Melting Moon is heavily story-based, but also utilizes a charmingly fun open-world battle mechanic.  The player will guide Runa through each stage (One for each horsemen and a final stage) and solve puzzles and beat up nasties until they reach the end, where they will challenge each horseman.  During each stage, the player can discover many memories of Runa's, and learn more and more about her story and the story of the horsemen.

This game was originally intended to be about twice as long (if not longer) than it is going to end up being, due to there being only one person working on it, and there are no tilesets being used to make the work go faster.  All the artwork is unique for each level and is intended to look "painted" and be reminiscent of something out of a fairytale.  This game was actually a very unique challenge for me, as I had to learn how to best utilize my time to reach the deadline and how to be clever with certain things regarding production.