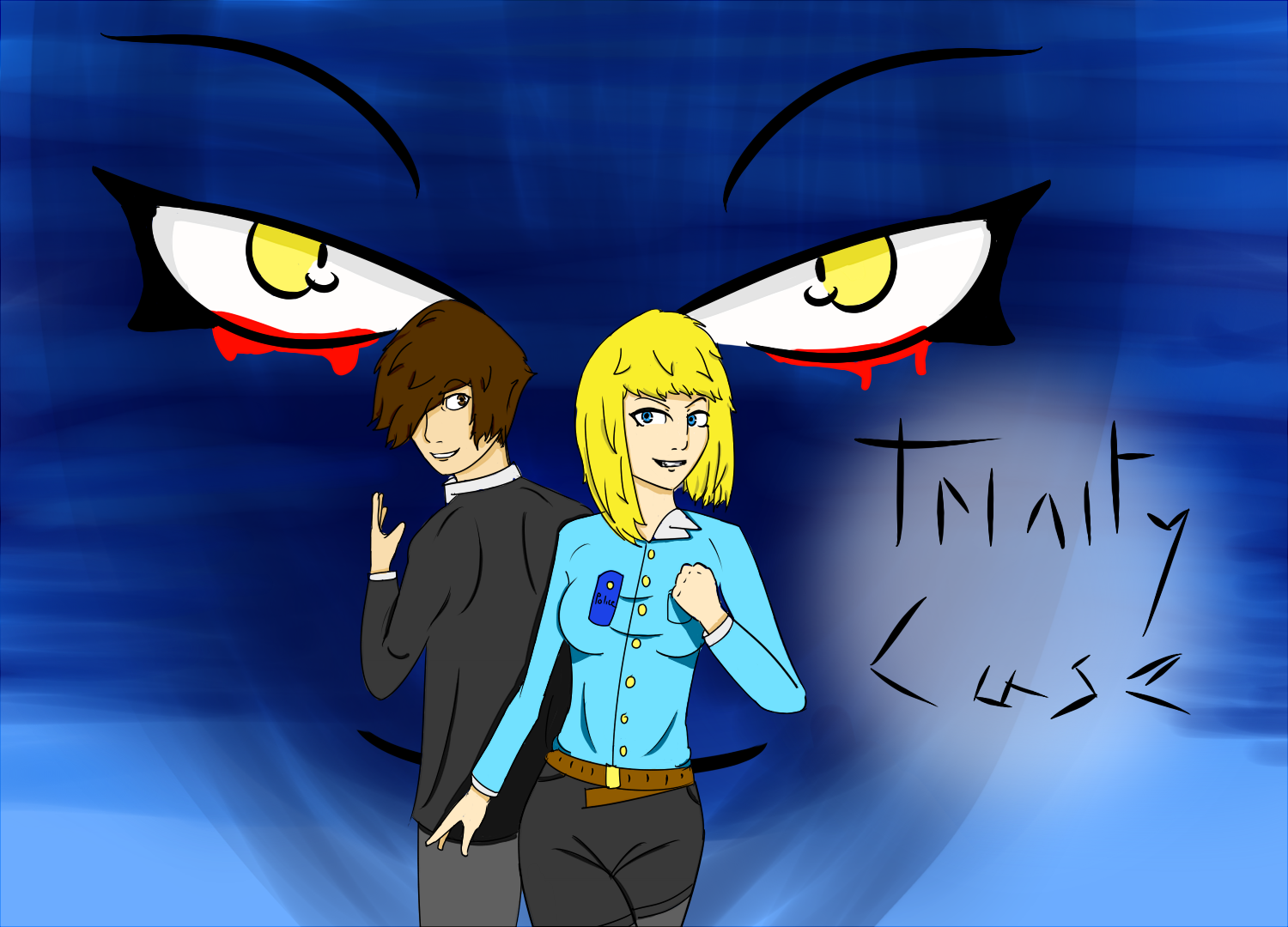 So let me introduce you to Trinity Case, a game made by two IT students with stencyl and PainToolSai.

We both are really fan of show like Dexter or Criminal Minds. And we really digged game like Phoenix Wright or Danganronpa.
So when the contest was annonced we were like "Yeah you know what let's go for an investivation game with a good story !".
Making game are a dream for us, and we fell like it would be the best time to just go AND DO IT.

Trinity Case is a game about logical, witness interrogation, and an attractive story !

The story take a really big part in the game. But it's not just text displaying without interaction you will have to make deduction and stay alert to what suspects say sometimes they lied (not always but still ...).

We really tried to have an appealing story line I hope you'll like it!

You play as Theodore ,an inspector wich just got transfered to a small city. He will eventually met Annabelle , an old friend , and also some really strange murder case.
You will have to find out the truth behind all those killing!

All the art for the game are made with PainToolSai.

The game should be about 1 hour long when finished.

After this game we look forward to produce more cool stuff.

"Darren Curtis" for the musics.