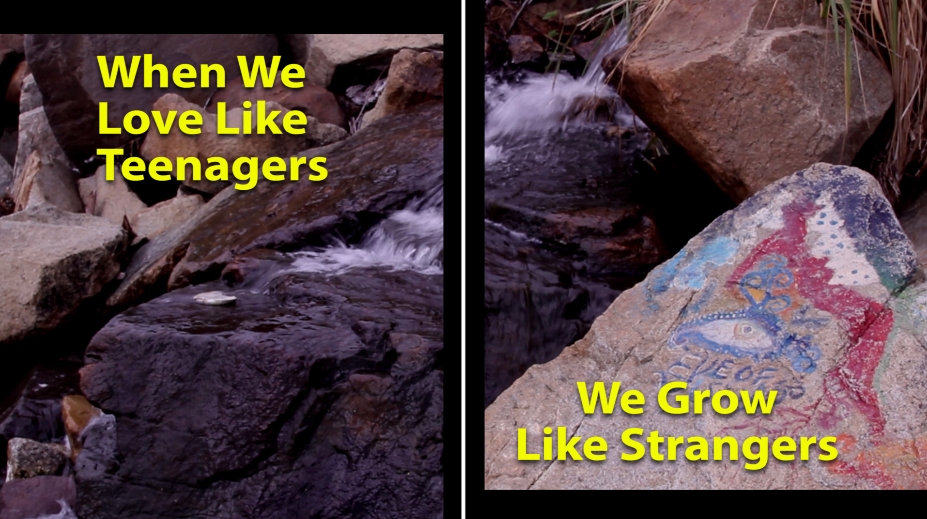 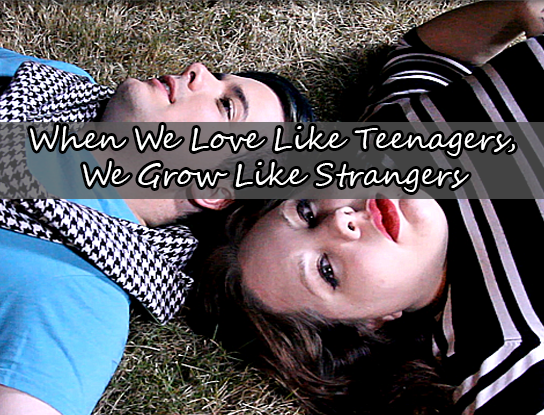 An FMV Game where you get to control who is allowed to speak & who is allowed to tell their story. Every couple has fights, but Siobhan and Marsden have been a couple for some time. Why can't they communicate? In [When We Love Like Teenagers, We Grow Like Strangers] who you allow to speak and when will alter the course of the game throughout.

To play: highlight which side of the diptych you would like to interact with using the left and right arrows and then use the up and down arrows to move that character up and down. The [Z] key will let the highlighted character interact with objects in front of them, and the [X] key allows you to save and quit.

Development: [as written by SolonCubed]

The day after I finished producing the Alternative Digital Arts Festival, I started this with Yeuxdessirene. Ten days ago. Yeeesh. It's been ten days of sleeping two hours a night so we could produce something special. Hopefully, this is something unlike anyone has ever seen before. We combined Spoken Word, RPG mechanics, Art History, and Videography into a single, cohesive experience. Inspired by games like Facade, Dragon Warrior, Pokemon, and Space Ace, as well as the disparate works of "The Queer Game Movement", John Thyer, Zack Braff, Joseph Gordon-Levitt and Modest Mouse, the goal from day 0 was to make something like a pop song; sweet, sad, personal, and about interminably broken people, like a sad pop song that you've already heard fifty times. I've put a lot of time into personal projects in RPGMaker so I know how to bend it and break it. There was a point in the 2nd day where this almost became a QTE game like Dragon's Lair! Anyways, this entire project has been a test of limitations due to video formats, RPGMaker, the contest rules, and the miniscule amount of time I have in my real life outside of work, family, and personal responsibilities, so I really hope it all is appreciated and that people enjoy Love Like Teenagers. It's been absolutely inspiring to produce.

Design, Writing, Acting - Yeuxdessirene
A Bunch Of Stuff - SolonCubed
Music - Aaron Oliver Lee (https://soundcloud.com/aaronoliverlee)
[All music and other assets are used with direct permission or were created by SolonCubed and are his own work]

Siobhan and Marsden are named after my FFXIV character who is featured in my Let's Play of FFXIV.

There are Five Endings based on how much you interact with each character.

Two swears were filmed during the making of this game.

The Pink Dachshund is a reference to a previous game I made in which I also deliver a Dachshund to Ms. Yeuxdessirene (as well as being a emotional plot vehicle prop that frames the In Medias Res intro).