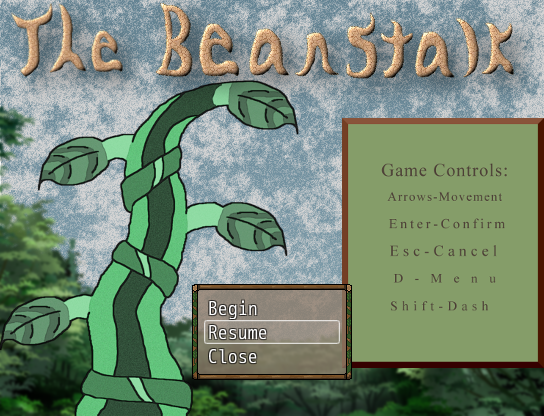 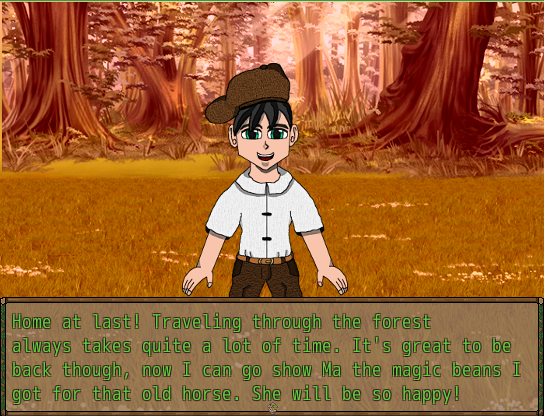 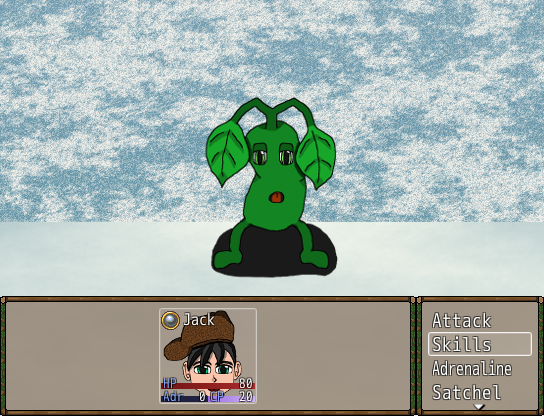 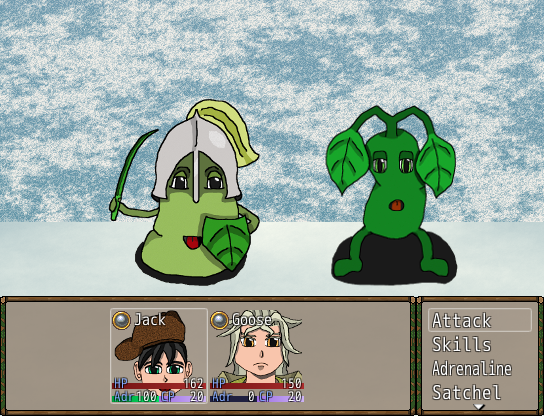 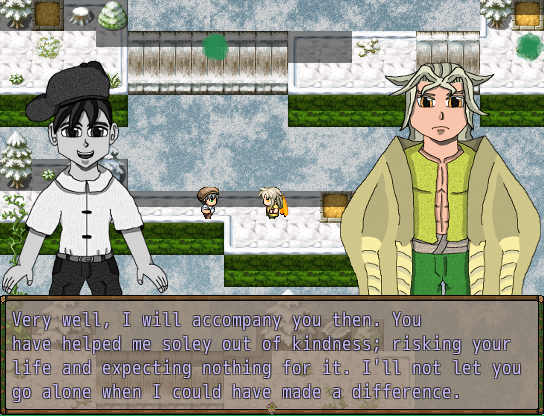 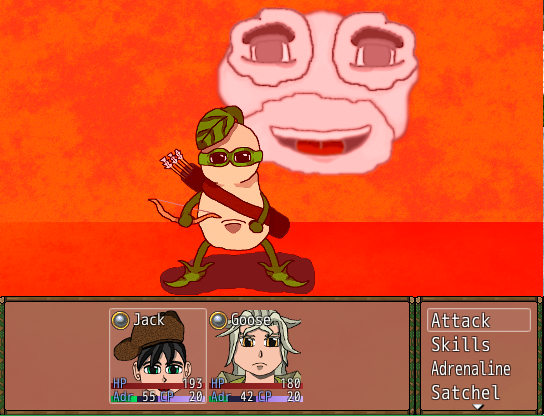 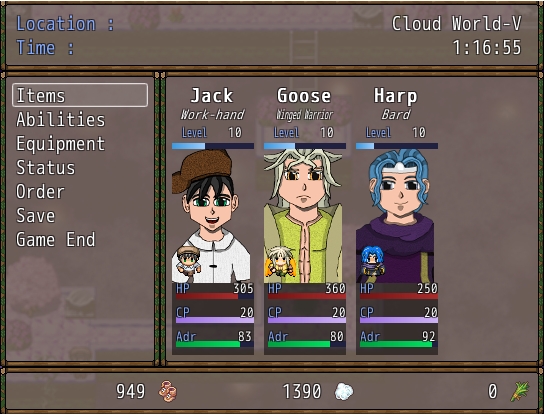 Jack is sent by his Ma to sell their old workhorse for gold in the nearby town due to their desperate financial state but Jack ends up getting something even better, magic beans! Ma isn't to happy about this so she has Jack throw them in the garden for the birds, however during the night the beans grow and by morning Jack and Ma are greeted by a massive Beanstalk that seems to reach the heavens themselves. Jack feels like there is something special at the top of the beanstalk that could help them and decides to climb it. Relive the story of Jack and the Beanstalk in rpg format!

Face off against Bean and cloud monsters in the cloud world and collect beans dropped by bean monsters to plant in the cloud soil and grow the beanstalk further to reach the next stage and eventually the Giant's castle.

-Emphasize is placed on managing CP which is capped at 20 pts. CP recovers by 3 pts every turn and by 5 pts when guarding.

-No traditional rpg healing items! Use satchel skills which are provided by an equippable item to heal in battle. Some satchel skills even provide beneficial states to reduce damage or prevent ailments.

-Characters Skills are provided by weapons and off-hand equips, weapons come in three types: disruption, damage and enhancing. Each type offers a different focus of skills for the character allowing the player to suit the character to their taste or formulate the best strategy against an enemy.

-There are no game overs from regular encounters and the player is fully healed after battle, allowing them to focus on progression of the game.

-2 other characters join Jack along the way totalling a party of 3.

*Like the game battlers? You can download them on the rpgmaker web forums in my resource thread*