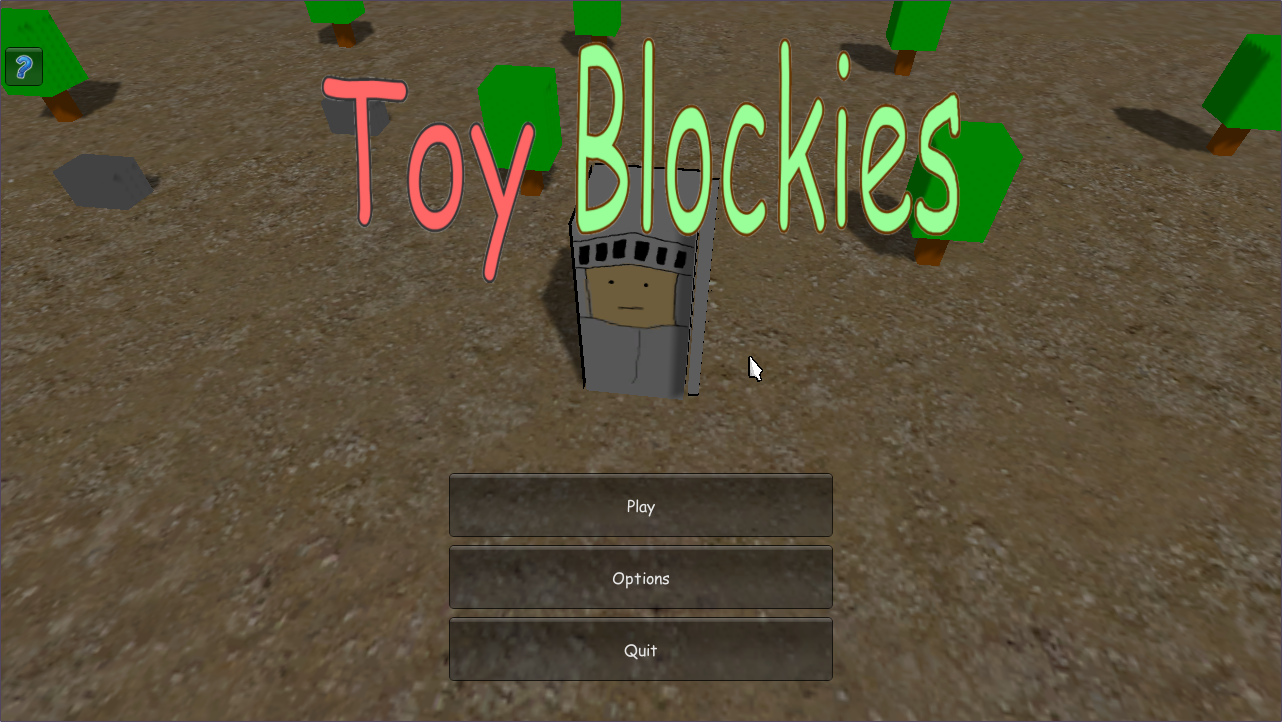 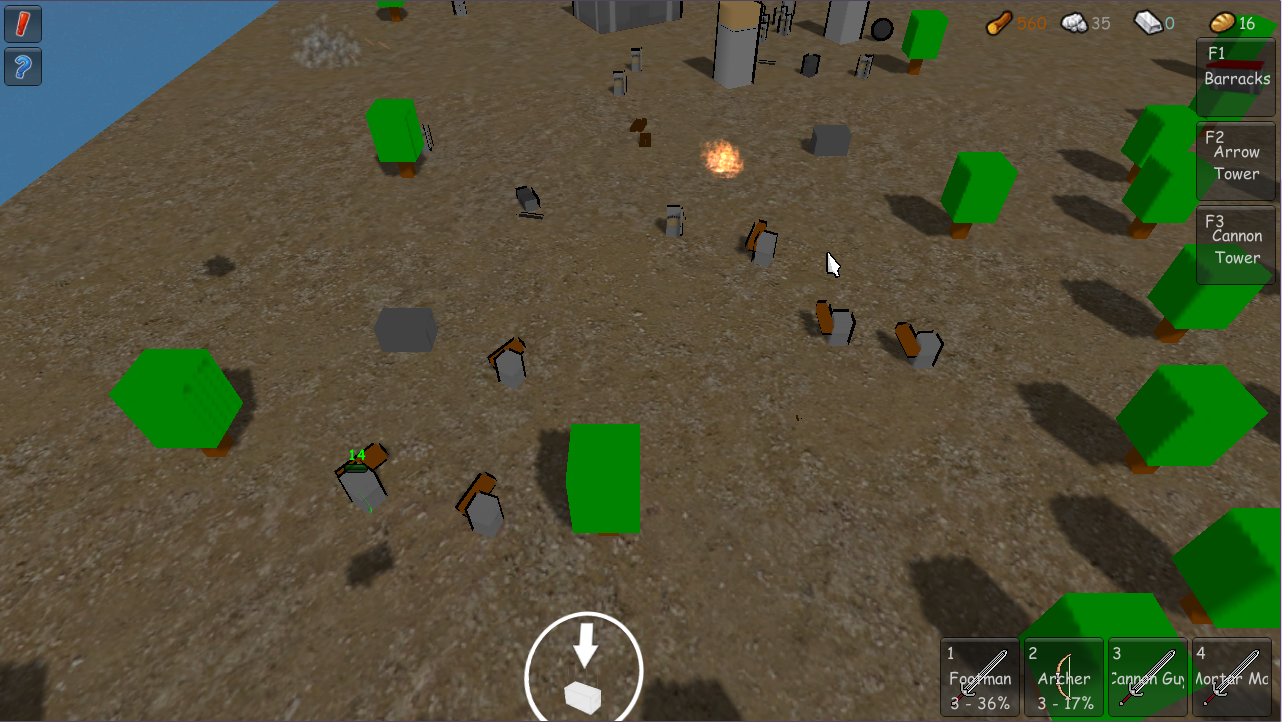 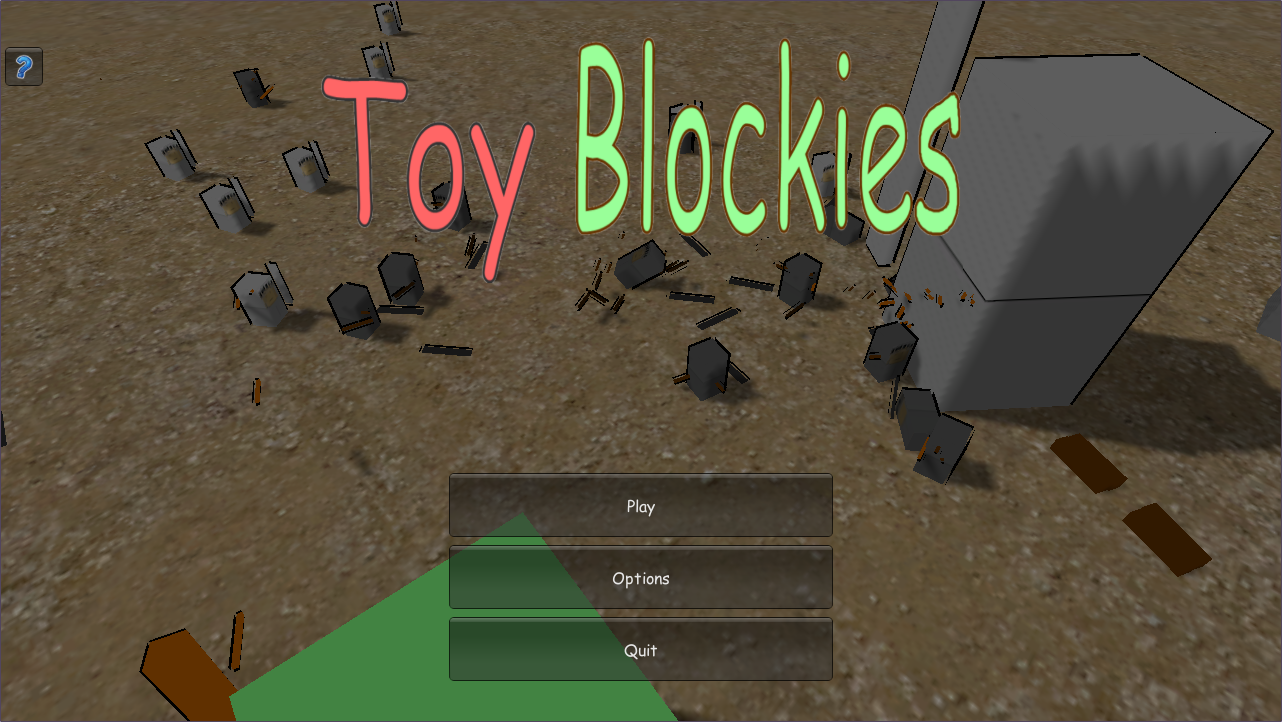 A real time strategy game with emphasis on physics. Control an army of silly looking soldiers and defeat the enemy silly soldiers. Produce units that drop from the sky to aid you in the war! Use soldiers to kill enemies or Combine units of the same type to make them grow bigger. The bigger they are, the more Overpowered they will be.

This game was made in Unity.

Final version with bug fixes and such.

This will basically be the last version for the contest, it includes all the missions, more visual improvement and Music!

I will probably be updating again with just minor tweaks just before the end of the deadline.

Update was 1 day late but here it is.

I fixed the annoying problem at the start where your mouse was stuck until you tabbed in and out of the game. Sorry about that! (That was supposed to be confining the cursor, had to switch to Unity 5 to fix that)

I added a lot of particle effects, icons and sounds. The archer has been textured and so the game looks much more nicer now.

Added 3 missions (i figured the game will be too short with the original 5 mission plan, so i am going for 8 now). As such, added few different mechanics such as Launchers, Dual Wielding and Ninja types.

Other than that, the UI and command system has been smoothened out even more. Projectile arc calculations should work alright now (Which means friendly fire should occur less).

I plan to have 2 more major versions in the future before the deadline (1 week from now). Monday (3rd) and Thursday (6th). The engine of the game is like 90% done, there is still alot more to do but i will finish it before the deadline!

(Didn't help that i started a week late)

Most of the UI are resources from the Humble Game Making Bundle, i'm really glad i bought that (sound and music will also be from there). But all the textures will be original; hand drawn. Currently only the Footman is textured.

Any feedback is appreciated!