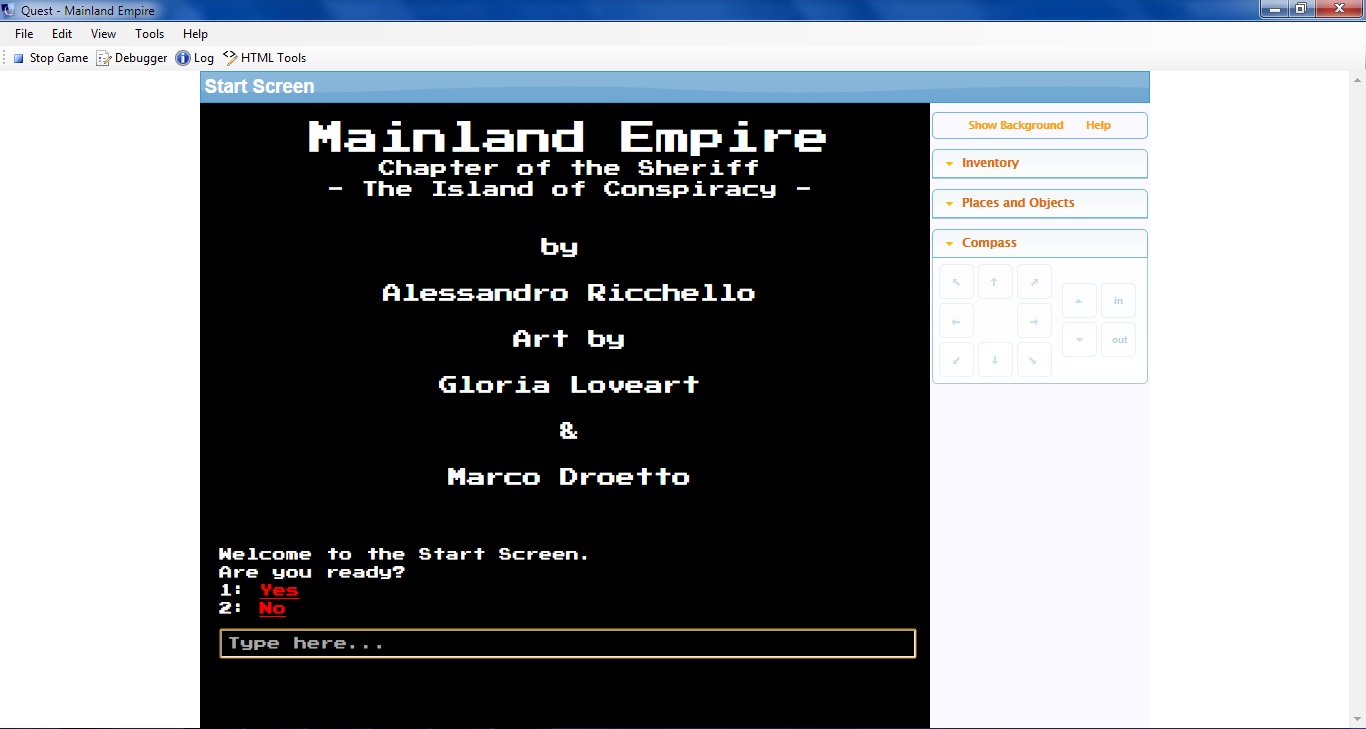 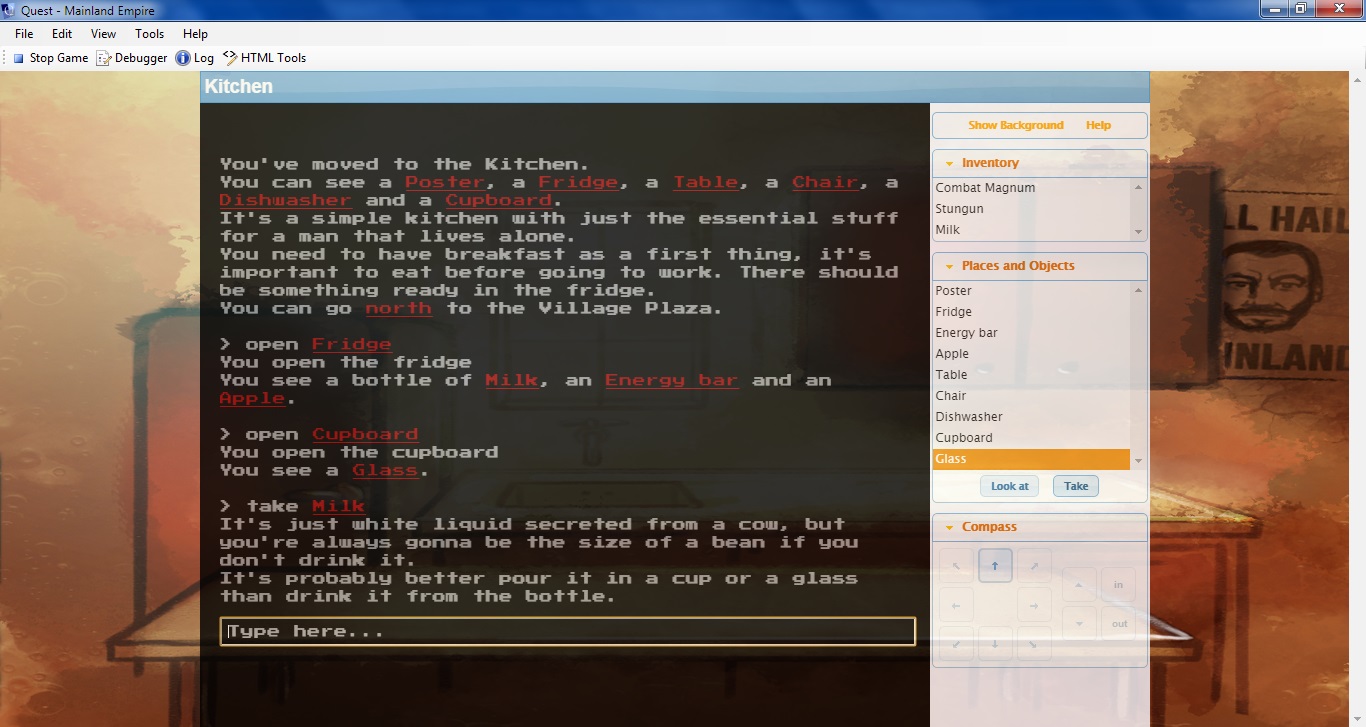 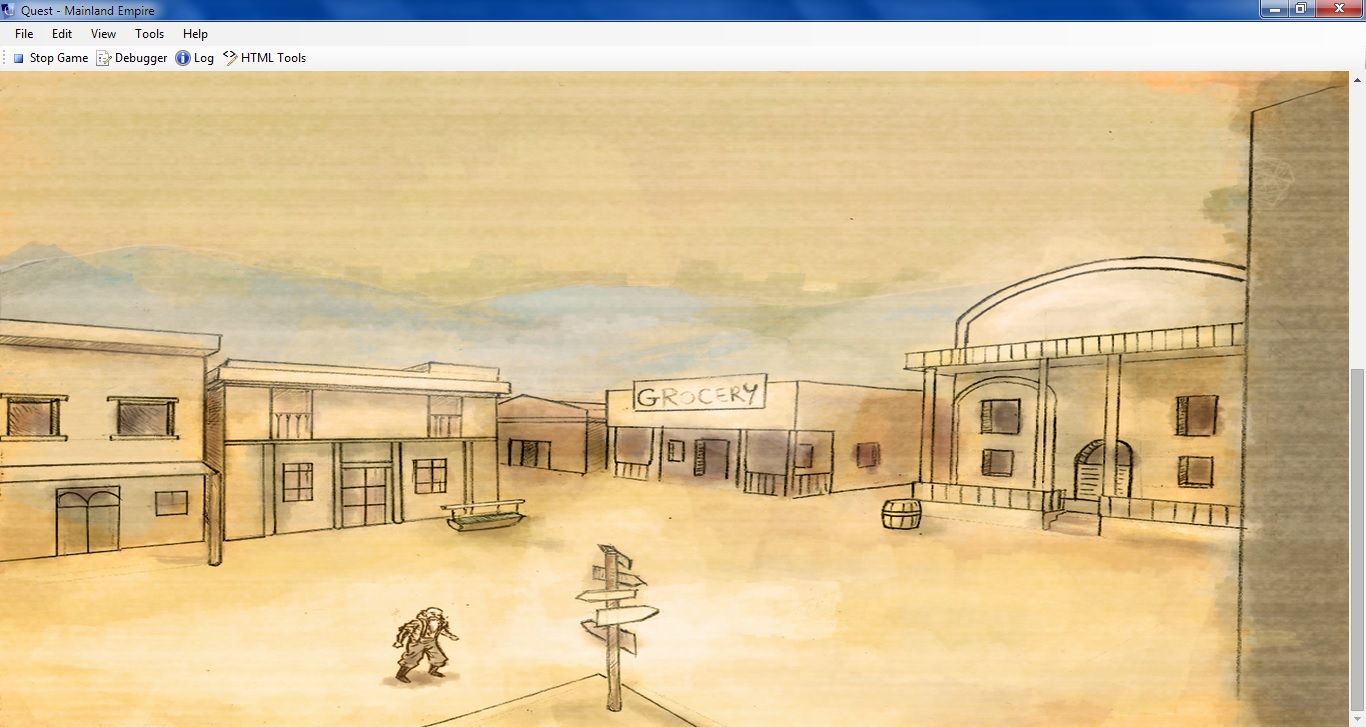 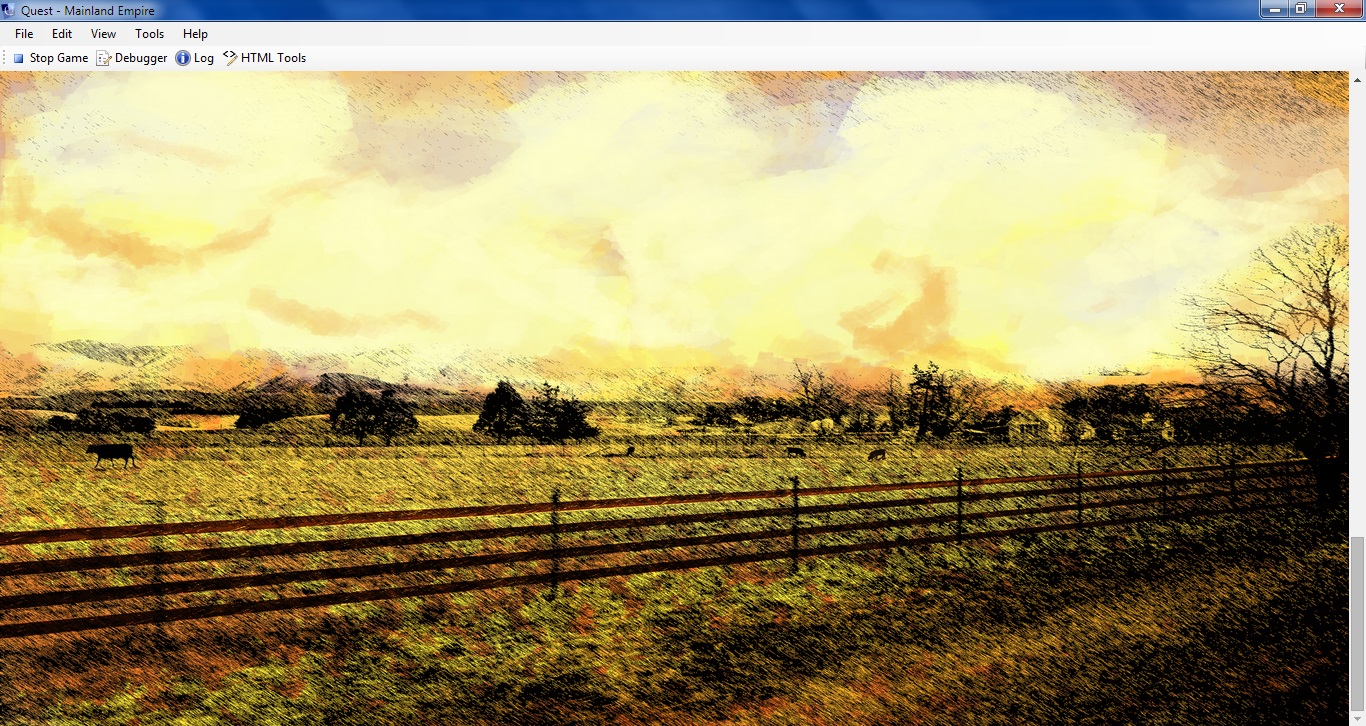 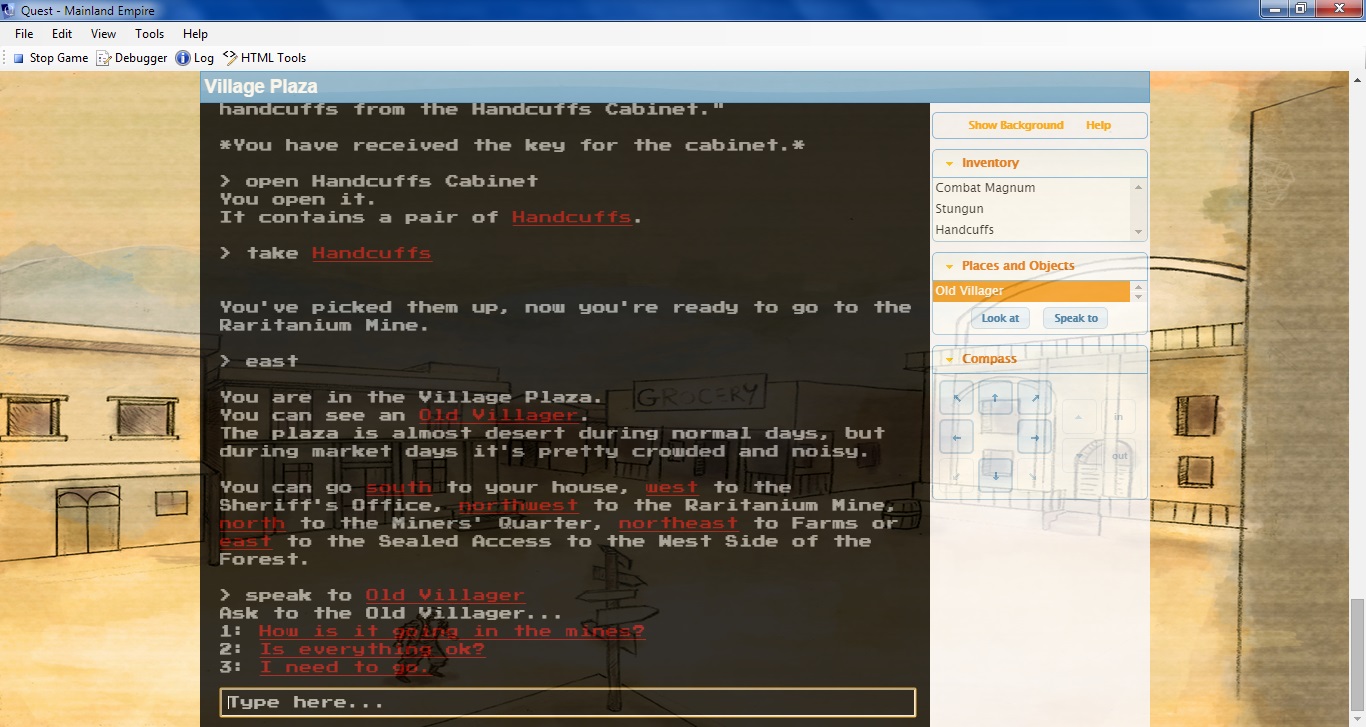 Chapter of the Sheriff

- The Island of Conspiracy -

A text adventure about a great mistery ;)

I'm Alessandro "Alexander-Auron" Ricchello (Alex, for short), and I'm the story writer & programmer of this game, while all the background images that you will see have been created by Gloria Loveart (stage name) :)

We're italians and non-native english speakers, plus we both are in a full-time training at the moment, but we really wanted to participate in this contest to push forward our abilities ;) we also got a last-minute help from Marco Droetto, thanks mate! :D

So... what is this game about?

Mainland Empire is set in a bit complex world. As you can guess from the title, in this world there is a huuuuge continent (the Mainland, ruled by an imperial monarchy), lots of small and big peripheral islands and some archipelagos. Many of these islands are used to extract, cultivate or raise primary resources for the Mainland: iron, grain, rice, cattle, sheep, and so on. On a buch of particular islands, quite rare resources can be found, like the Raritanium.

In this game you're impersonating a sheriff on one of these islands of miners: you've been sent here to administrate the public order and the shipments of Raritanium.

However, one day, an unusual event occours. Something comes out of the forbidden forest that covers half of the island. And, prepared or not, you will have to face it...

This is a quite classic text adventure. You can type all the commands and actions, but I've also set the game so that you can click everything and select an action from the menu. However, there *might be* a secret or two that requires you to use your brain and fingers :p

Feel free to ask anything ;)

EDIT : due to the file size, I can't host it anymore on Quest website :/  I'll try to find a solution but time runs short...