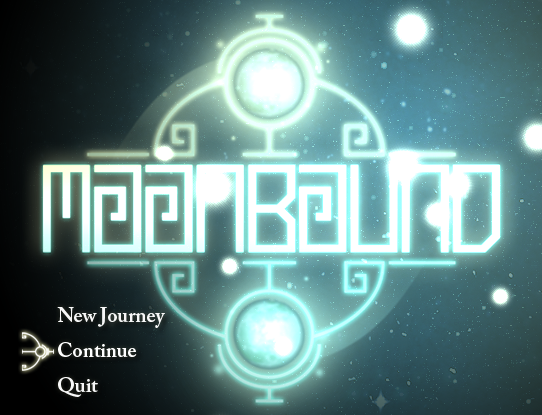 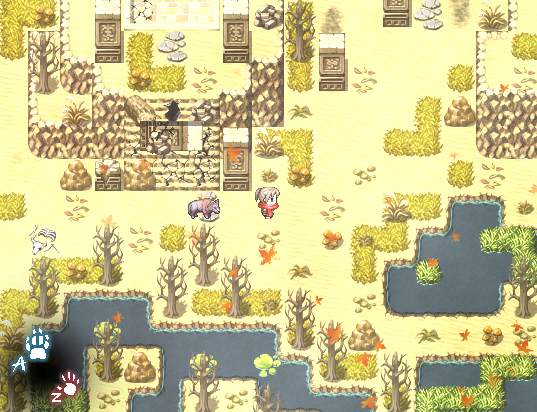 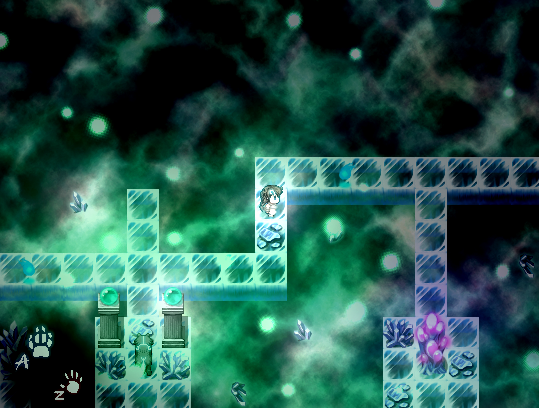 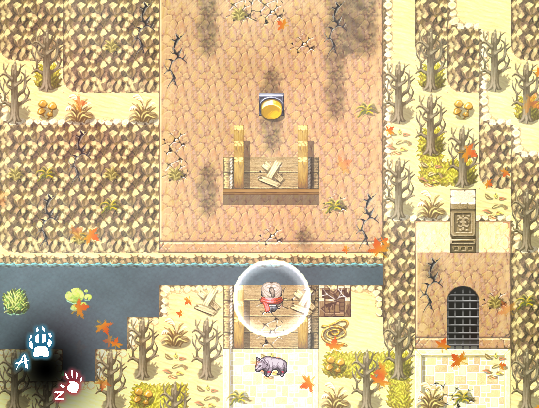 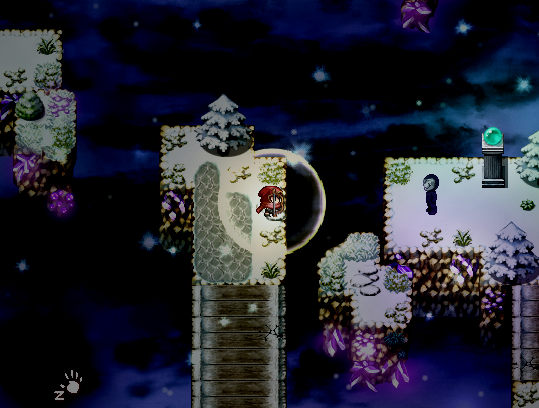 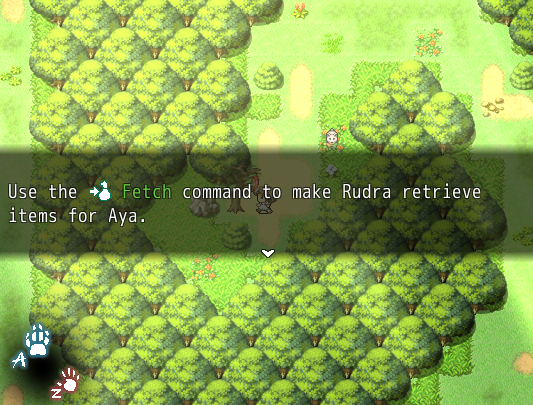 A Creature is alone in this world, lost and afraid.

Its guardians are gone, their souls devoured by those I once called brothers.

This shall not stand.

Take the Creature to a safe haven, my child. It all depends on you. Moonbound tells the story of Aya and Rudra, a little girl and her wolf pup, fleeing from the haunting invasion of dark spirits from beyond the Veil.

Both refugees and exiles, alone in this world, their only hope is to reach the Holy Land.

But their long journey has just begun.

The gameplay is pretty simple: player moves Aya with the directional buttons, interacts with the environment with the Z button and can give a command (fetch items, jump, sneak, snarl and many others) to Rudra by pressing A button. Rudra and Aya will learn new commands and abilities as they progress in the story.

THE TWIST (Growth) - The game tells about the growth of the two main protagonists and their friendship bond that becomes stronger as the story goes on.