The Munchers Arcade/Action Game Made with Stencyl 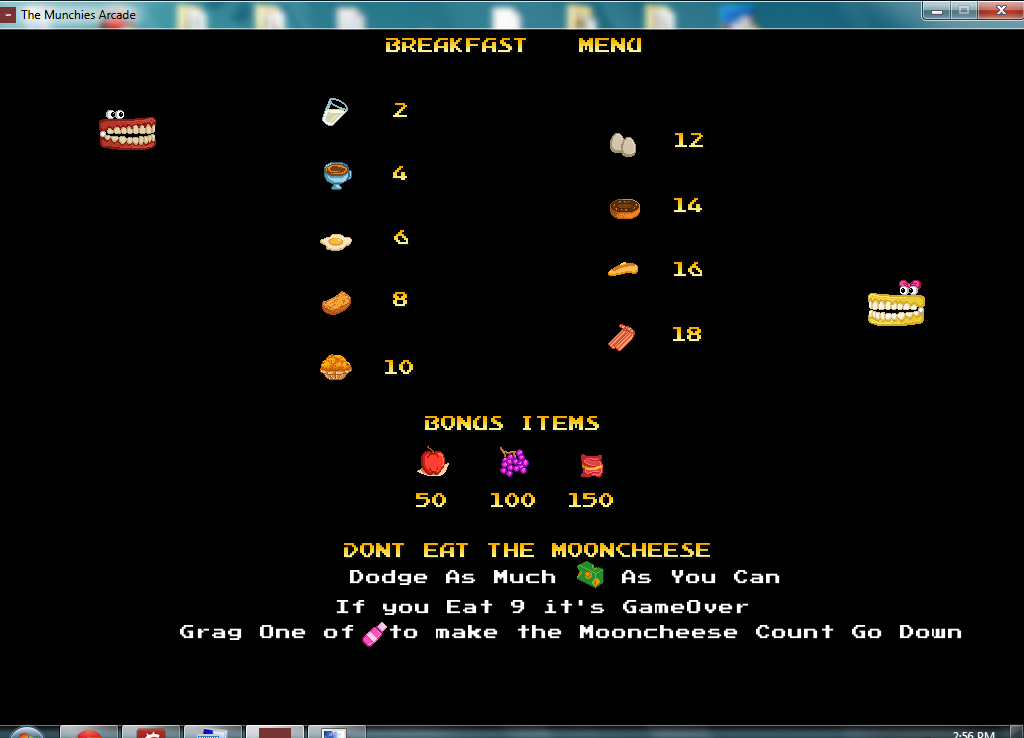 Mr. and Mrs. Munch  have traveled arcoss the galaxy Dinning at some of the best restaurants.  The only problem is that once they start eating they just can't stop.  Most of the restaurants go of out business.  Cosmos Has heard that these two pesky munchers are heading his way,so he has come up with a plan to stop them.  He has found out that these two munchers just can't stand eating MoonCheese it makes them sick.  So he is going to use that as his secret weapon to try and stop them. Mooncheese is super rare in this part of the galaxy due to the fact that it reacts to cosmic rays witch makes it grow. Can Cosmo outwit these two munchers or will it be the doom of Cosmos Fast Food Diner.

Eat as much food as you can with Mr. or Mrs. Munch. Cosmo is one of the fastest chef in the galaxy but beware of the dreaded mooncheese eat too much and it's game over. Each level is packed with all kinds of food. From breakfast to dessert,catch the bonus items for extra points.

Use the Keyboard Arrow keys
to control your muncher.

Has been tested on windows 7 and 8

The Game Has 4 Levels + 4 Bonus Levels

Big Thanks to Nikki for doing the art