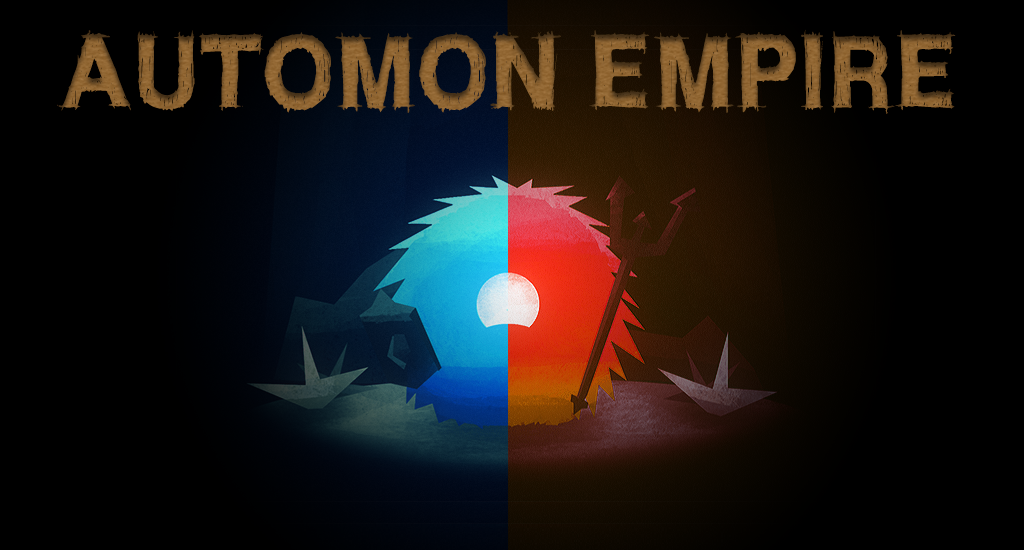 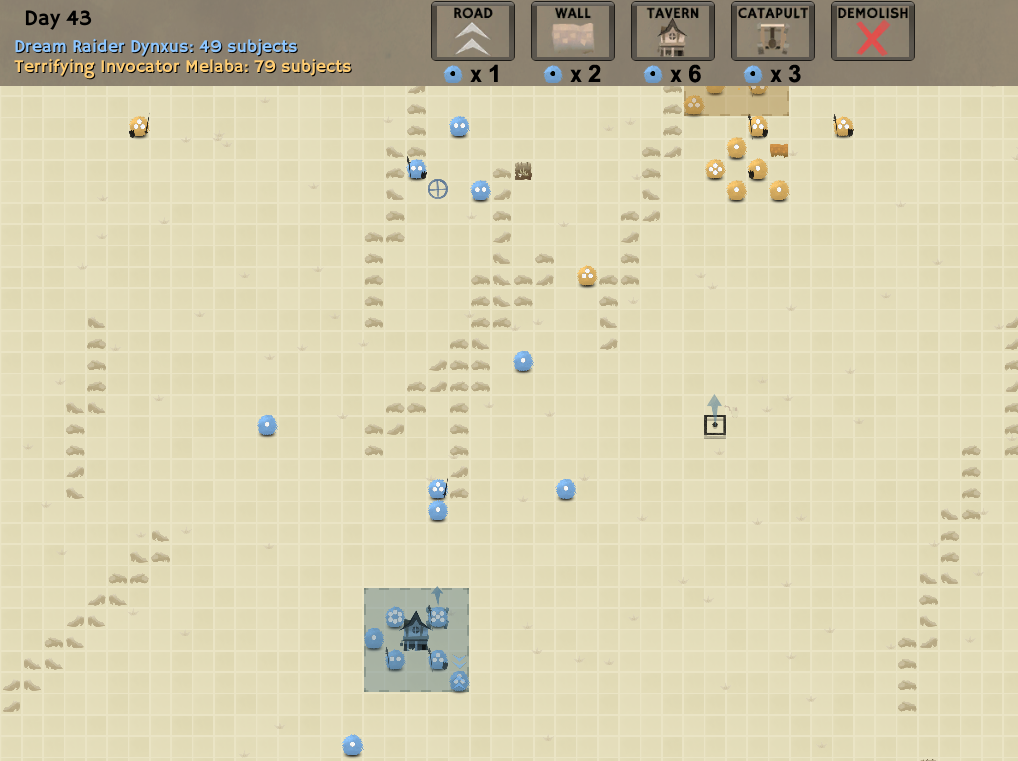 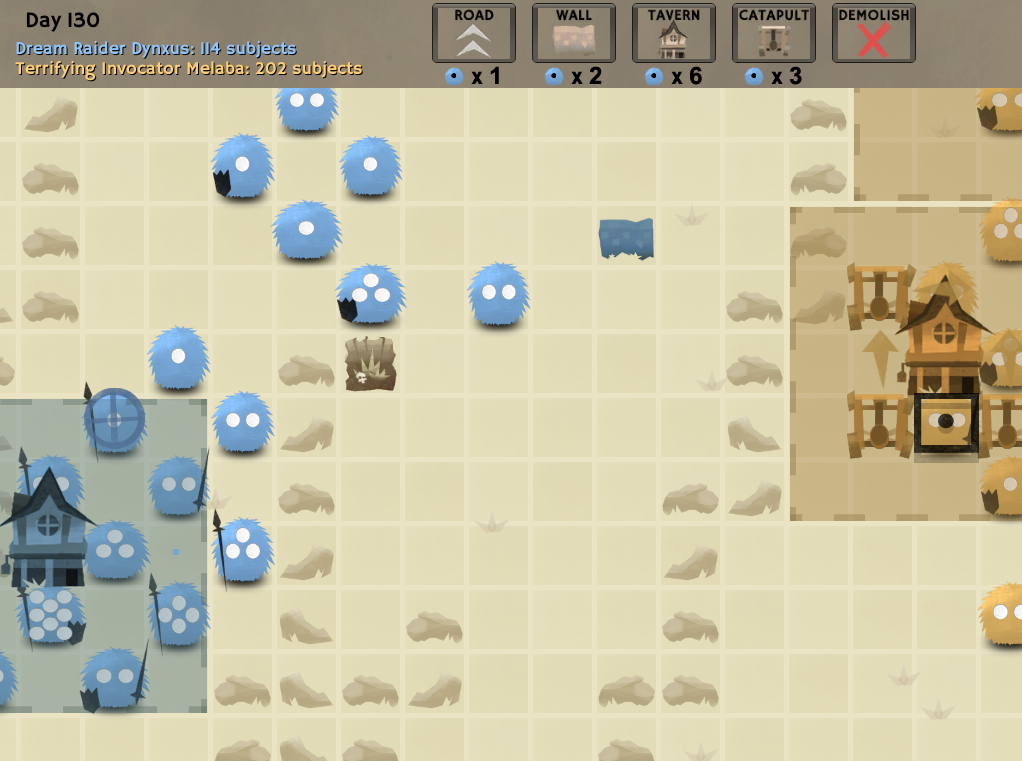 Automon Empire was inspired by cellular automata simulations where binary cells are born and die, governed by simple rules. Despite its simplicity, specific cell configurations can produce complex behaviors and grow into fluorishing ecosystems.

Expanding on this concept, you seize power as the self-declared ruler of a tribe of fuzzy automonsters. While they lack individual intelligence, they gain more complex behaviors by grouping into larger packs of monsters. As their leader you can herd them into larger groups by sacrificing them to construct roads, walls, taverns, and far-reaching catapults.  Balance expansion and consolidation carefully to grow your empire into enemy territory and gain dominance over the toroid.

Automon Empire was produced rapidly over a 2 week period with code from @Nonadecimal, art from @metkis, and music from @tonetales.

Keyboard/mouse only. Scroll the map with arrow keys or mouse. Rotate roads and catapults by right-clicking. Place structures by left-clicking on your automonsters, destroying them in the process. Return to menu by pressing escape. The game was designed to be run at 1024x768.

You can play the latest Windows/Mac/Linux builds by downloading below:
Windows
Mac
Linux