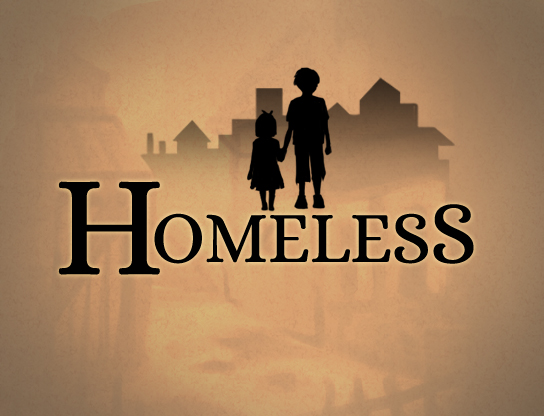 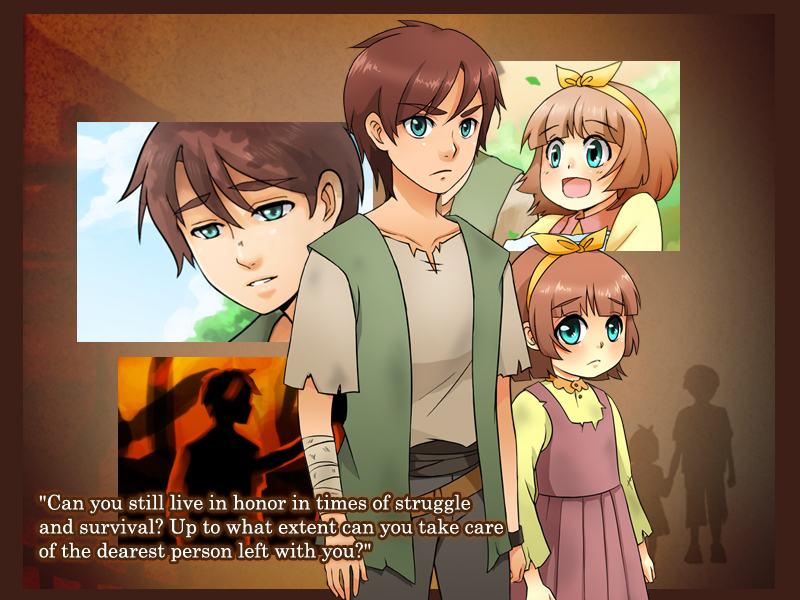 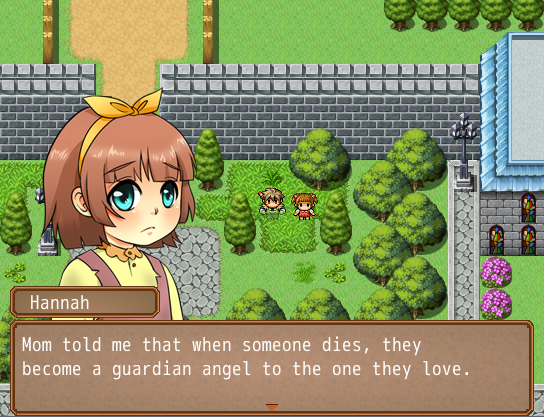 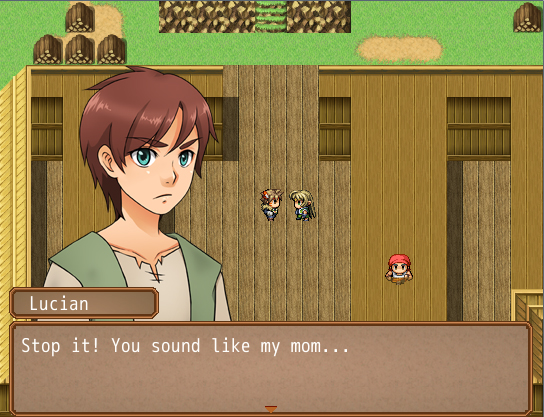 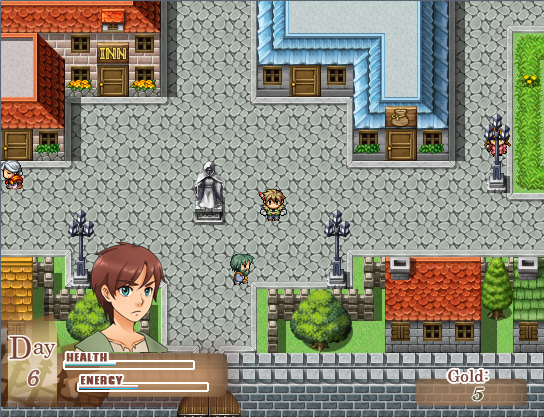 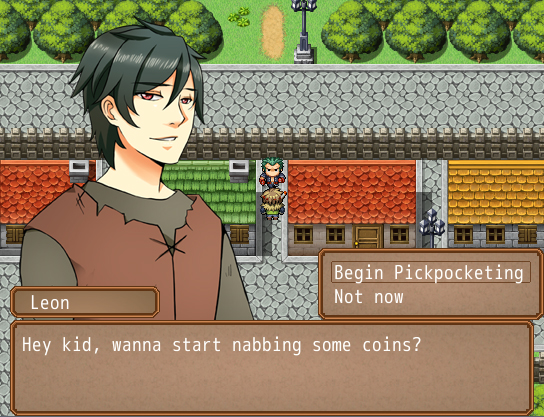 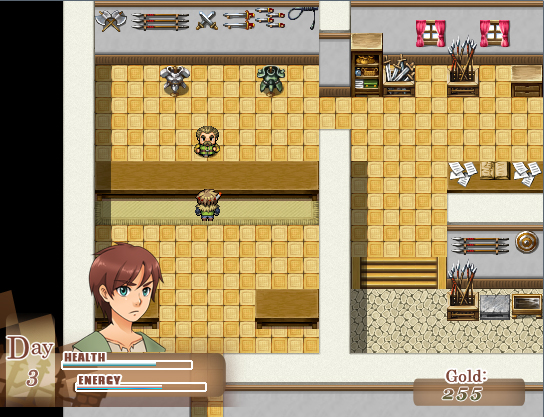 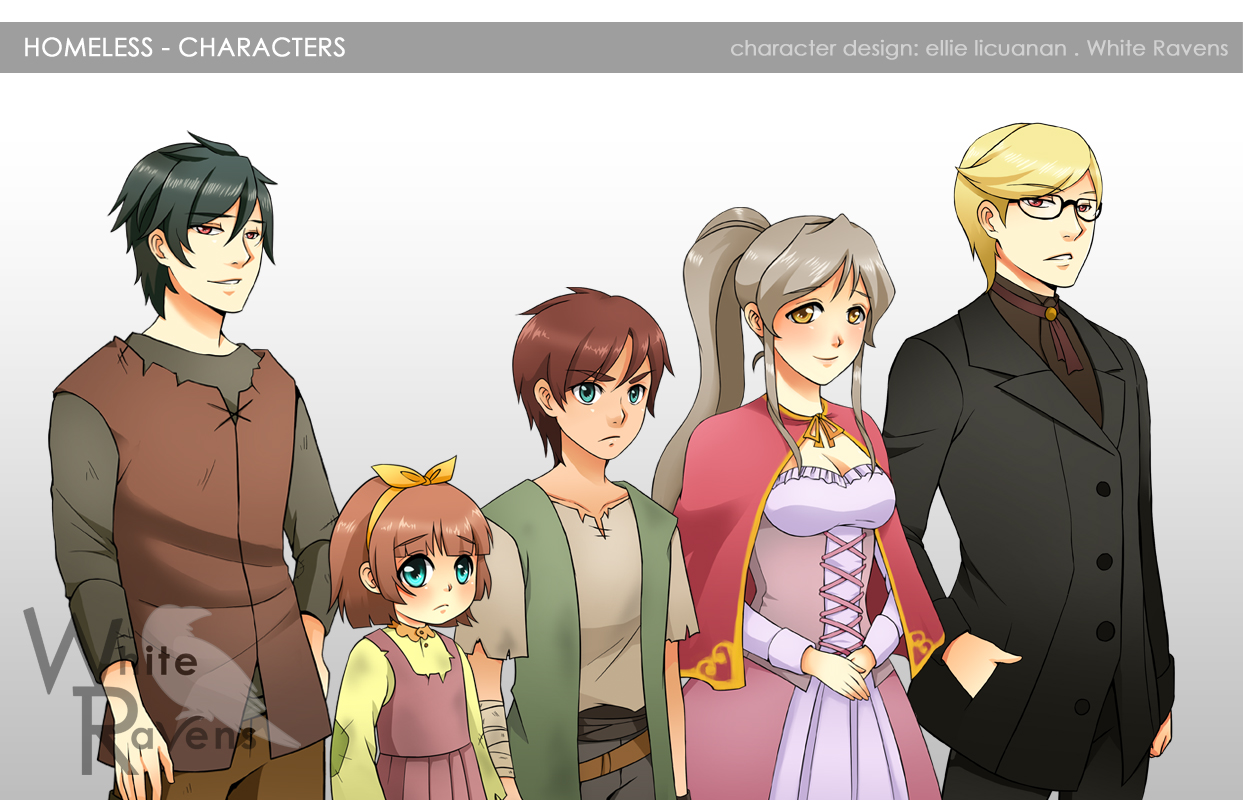 Homeless is an RPG where you play as homeless children trying to survive against the harsh conditions of the slums.

"Can you still live in honor in times of struggle and survival?

Up to what extent can you take care of the dearest person left with you?"

Latest Version: 1.09c (08/07/2015)
Note: Some Windows Computers may block the .exe game from downloading. Don't worry that is normal for all RPG Maker compressed games.
Note 2: V1.09c are some bug fixes to glitches related to dying. The original version that made the deadline cut is Version 1.09 (accessible through the download link!)

Play as homeless children, Lucian and Hannah, as you struggle to survive through the harsh conditions of the slums, while raising enough money for food and medicine for both your younger sister, Hannah, and yourself. You may do small jobs in town to earn money, but you may also work with criminals for a bigger sum of money. Will Lucian grow, become stronger and survive in this experience? Or will he and his sister perish in the slums? This game will truly test your decision-making and priorities as well as your strategy to survive and to either build and destroy relationships.

The application of the theme can be seen on Lucian's character growth in the game. This highlights his transition from being a spoiled carefree teenager into a serious adult with crucial responsibilities.

The overall plot of the story also revolves around growth. Different parties see growth of the town in a different way, which results in conflicts.