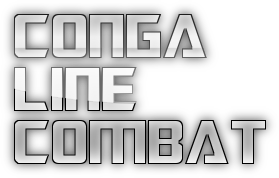 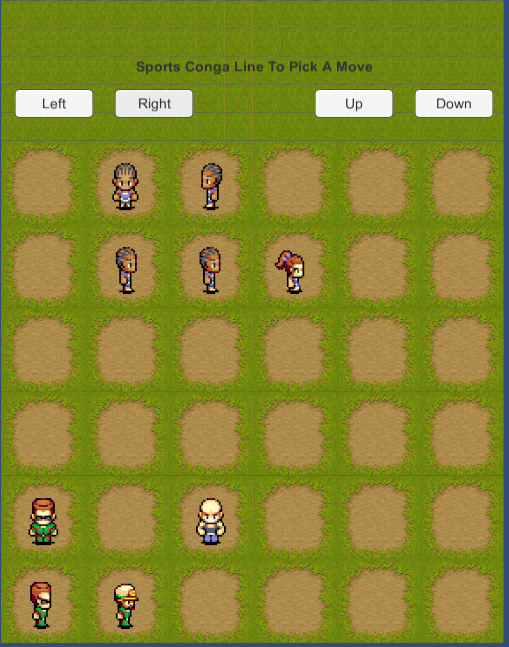 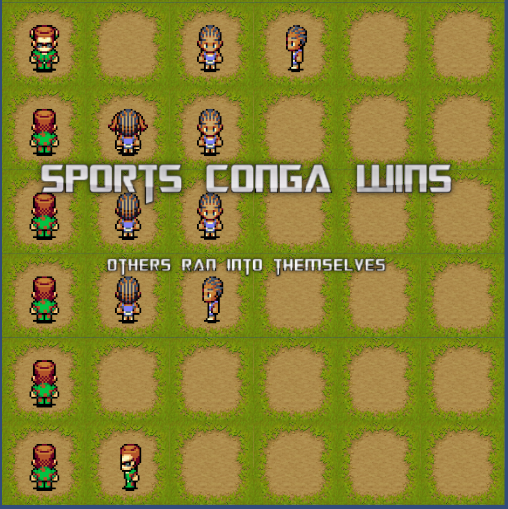 Welcome to Conga Line Combat a computer simulation of an imaginary board game based on the computer game snakes.

The game takes place on a 6 by 6 board and is a battle between a team of sports stars and an army platoon. Each turn of the game the players simultaneously pick a direction that they want their line to travel in. Every 3 turns a new recruit is dropped into the war/dance zone, ready to party with which ever line gets to them first.

Growth: As the game progresses more recruits join each line.