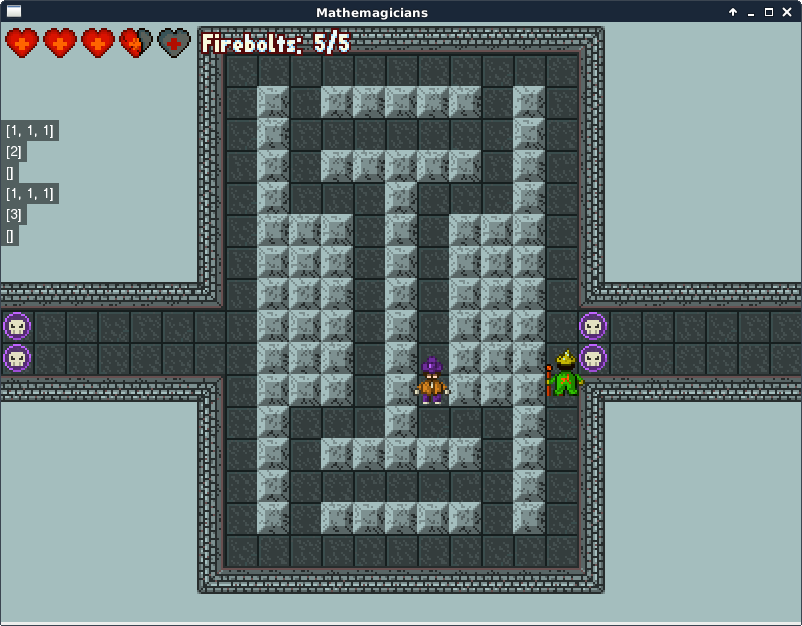 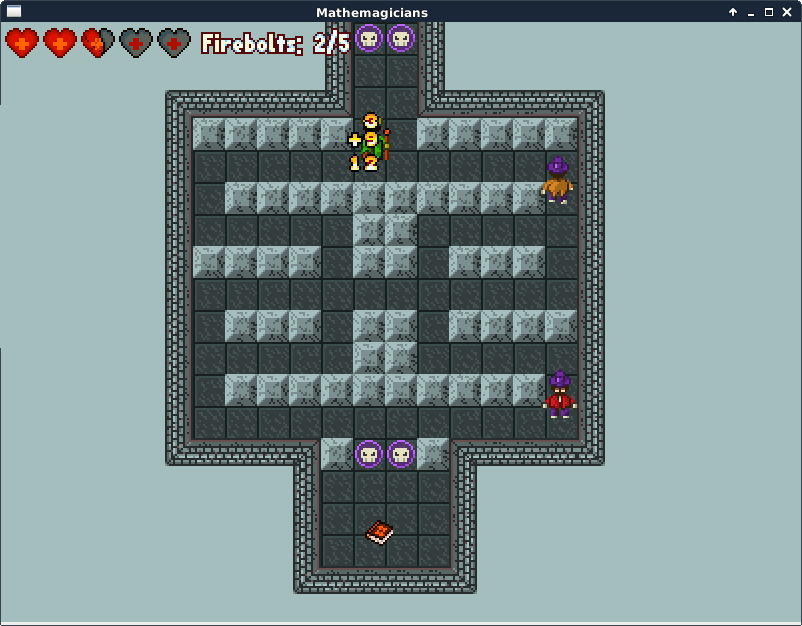 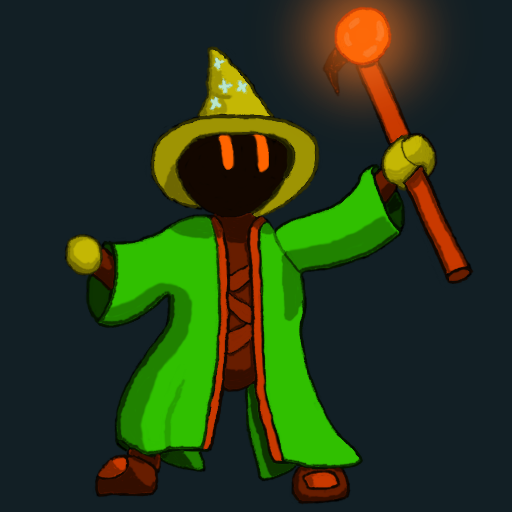 The world spins as you come to. As your eyes adjust to the darkness of your environment, you find your hat. Donning your trusty headpiece, you realize that there's only one explanation...Smoke, the Magician of Mirrors, must have thrown you into his basement! The twisted fellow loves to watch mages like yourself stumble through his maze-like basement. To make matters worse, the basement is littered with illusions of Smoke, known and Mirrors, which will blast anything which does not wear a top hat! Can you make it out in one piece?

The idea behind the game is that you can put almost any mechanic you want, put it in a game, and make it work. This is an attempt to make math work very well, even for those who hate math. (Indeed, if you do, I pity you; you must have been influenced by all the wrong people when you were at school!) All I ask of you is the play this game with an open mind! Indeed, I hope to grow your appreciation of a totally misrepresented subject while giving a fun time!

You must have a Numpad to play this game! This is a rather unfortunate limiation, and I would make a workaround if I had time...heck, I'd make the game playable on a gamepad if I had the time!

All the versions (Includes Linux and Mac versions! Download the lowest ones in the list. Note that the Linux and Mac versions will have been uploaded AFTER the deadline, but I garuntee you that they are indeed the same version as the Windows one, which I made sure to upload earlier.) Important note: On Windows, you may get a notification that there is no known publisher! This is unfortunately not something I can easily fix, as I think it would involve getting certified by Microsoft.

I can prove that I began development of this game after the contest's announcement. (My first commit on Github be enough proof.)