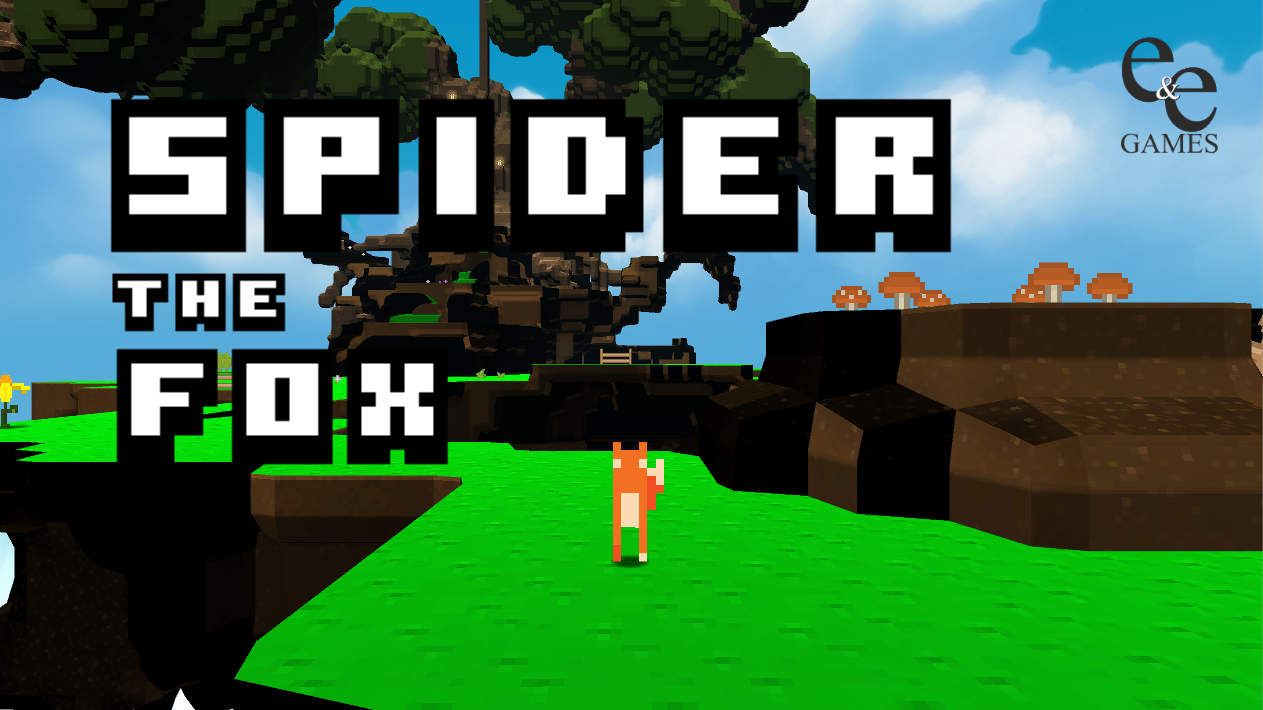 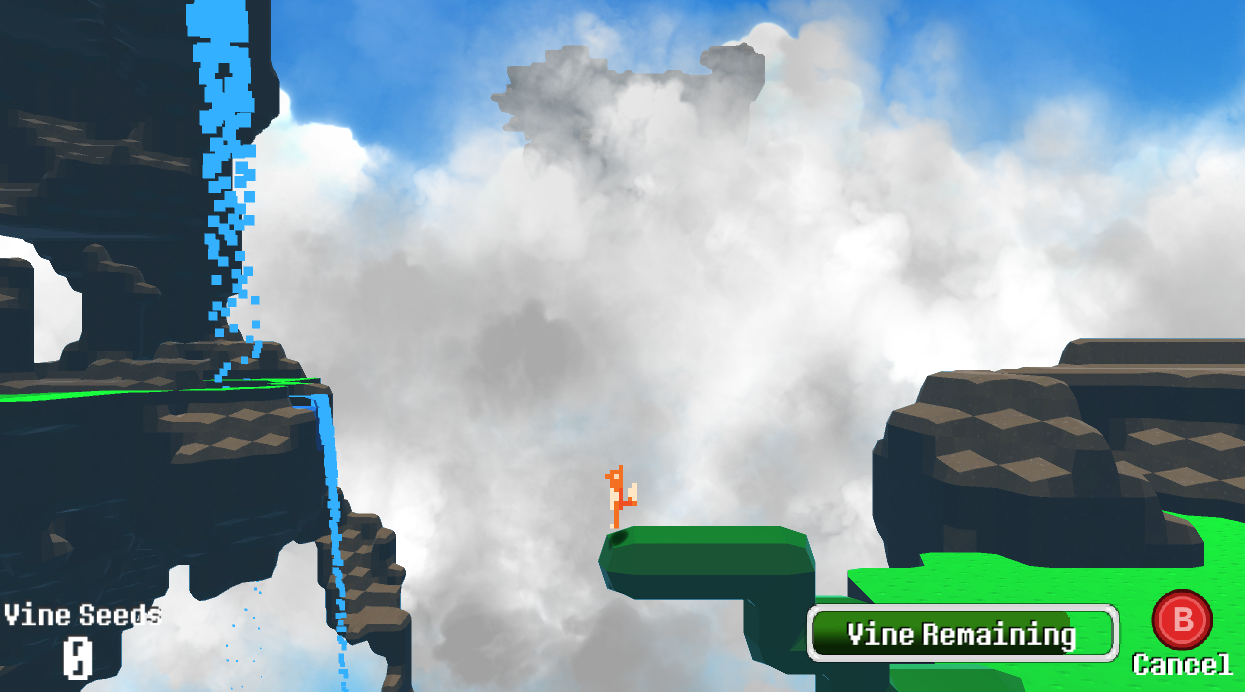 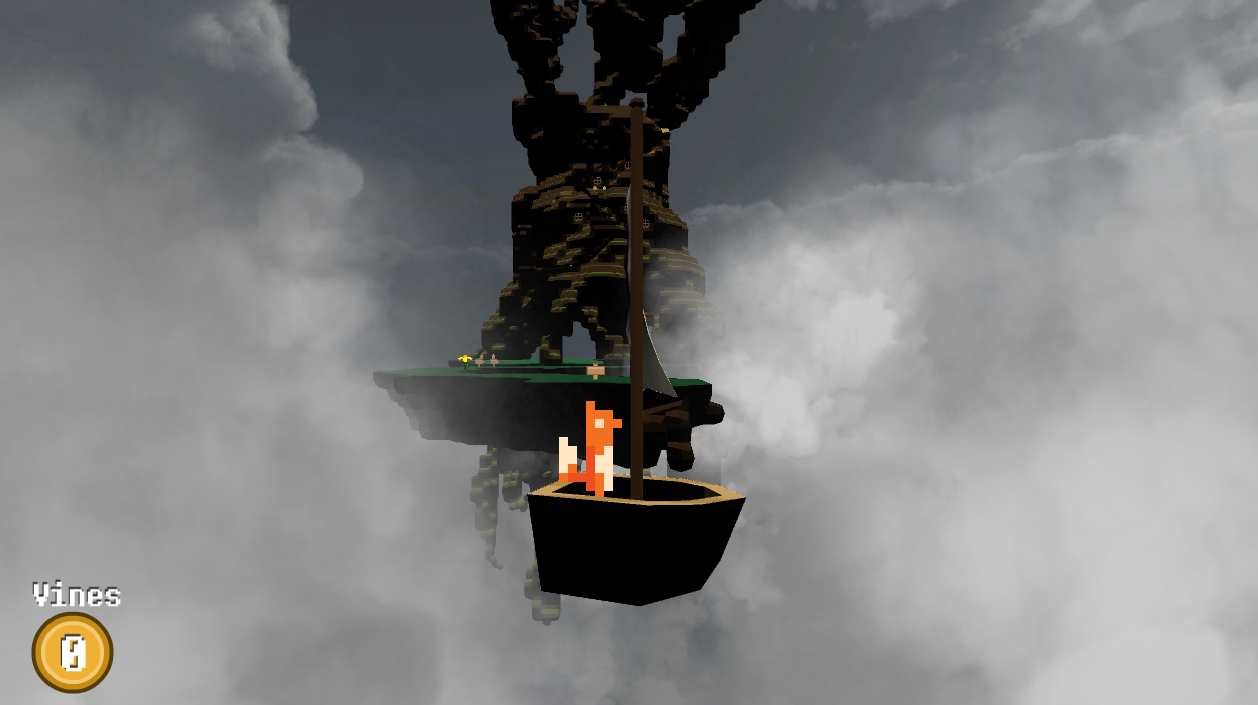 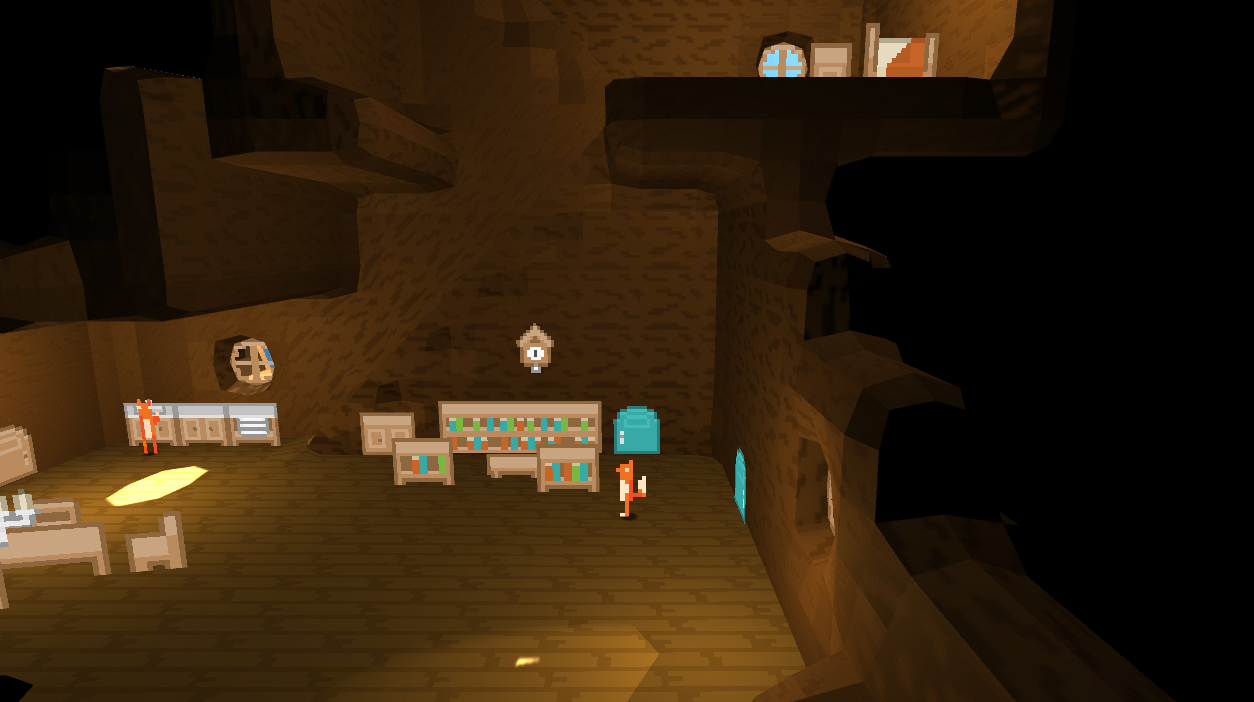 UPDATE: I've fixed a few bugs, tweaked the controls a bit, and added webplayer support in a new release. If you're judging or voting, make sure to select the old release (1.0.1). Otherwise, play the new version (1.2)! You can play it via the link above, or on Gamejolt here: http://gamejolt.com/games/spider-the-fox/86248

Spider the Fox was made exclusively for Indie Game Maker Contest 2015! The entire game was made between July 7th and August 7th, 2015! Most of the art was made in that time, too, but everything else was used with permission. See in-game credits for details. See text file included with downloads for theme usage notes.

It's not looking like it's going to be a great day for Spider the Fox. It all started when the tree on her parents' flying island dropped a seed ... and now she has to run, jump, climb, and grow her way through a colorful, fantastical world chock-full of quirky characters and scenic vistas.

The goal? It's time to grow her own flying island.

But, in order to do that, what does she need first?

Seeds. Seeds? Yep. Magical seeds, which seem to be in just about everything in this world. Why does she need all these seeds?

Did I mention the puns? I'm pretty sure I mentioned the puns.

Downloadable for Windows, Mac, and Linux. XBOX 360 controls recommended, but the keyboard works, too. There's an in-game tutorial and controls reference, but for full coverage:

Hit me up on Twitter and let me know what you think! Check out my website for other games I've made: eandegames.com

If you're wondering about versioning, version 1.0.1 is the competition build!