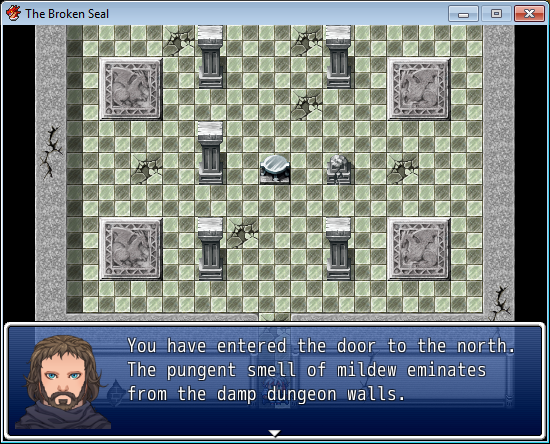 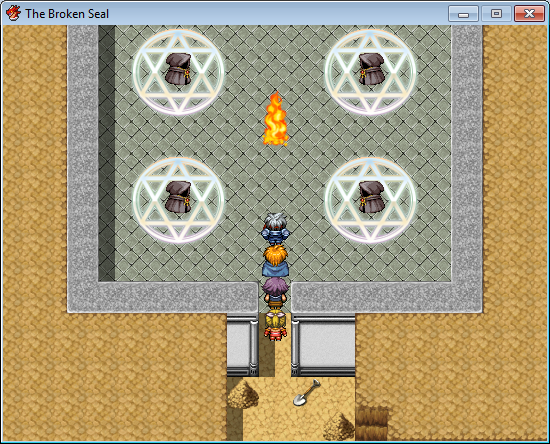 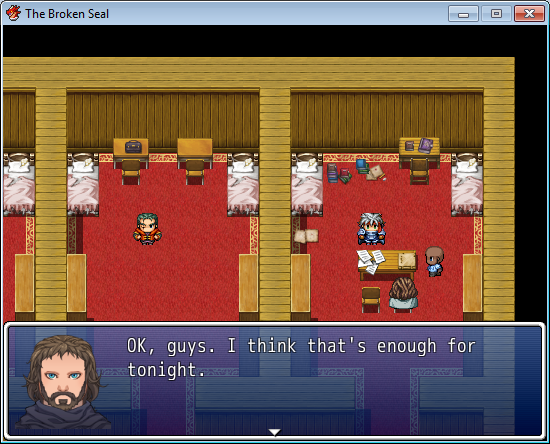 The Broken Seal is a game about five college friends who embark on a journey to discover why magic has suddenly become real. One night after they have just finished playing a game, everything changes when a storm rages through the area. The following morning they are attacked by monsters and find that they have abilities that previously they only could have dreamed of having. But they are not the only ones. The magic changes everything it touches. Monsters appear and attack everything in sight. And not everyone will use these newfound abilities for good.

What is the source of this magic? And what is the growing threat that it seems to herald?

Al - The group's game master. He is serious and imaginative, and spends much of his free time creating worlds and adventures for his friends. Unbeknownst to her, he carries the torch for Cassie, although he could never tell her so. His latest adventure seems to foretell the events that begin unfolding in the real world. How is connected to what's happening?

Cassie - Cassie, and her seeing eye dog Sherbet, have been gaming with the group since she started attending school here last year. After magic begins to change the world she begins to see visions of what is to come. What are the source of her visions? Can her visions help the group stop the coming darkness?

Rob - Rob is the group comic book buff. Rob is friendly and easy going and always there for his friends. He and his best friend Dan are inseparable. When it becomes clear that people are in trouble, Rob jumps in to help with a smile on his face.

Dan - Dan is the consummate gamer. When he's not playing RPGs with his friends he's playing his favorite card game, Magus: the Conjuring. After magic begins to change the world Dan finds that he can cast actual spells through his game cards.

Brian - Brian is Al's roommate. While both of them tend to be serious, Brian's pragmatism complements Al's creativity. As an engineering student he tends to think logically. If you were to ask him, it only made sense to don his ren faire armor before leaping into combat with creatures from fairy tales!

translation: Cassie's seeing eye dog. He goes with her everywhere and will go to great lengths to protect her. The magic changes him, too, but nothing can shake his resolve to protect Cassie through her journey.

This game tells the story of the day that magic begins to enter the world from the point of view of five friends. On this day everything changes, and their journey has only just begun.

I found out about the Indie Game Maker Contest from the Humble Bundle so I decided to try my hand at it using some of the tools in the bundle. I've been really impressed with RPG Maker VX Ace. It's really great for someone who has a story idea but not the resources to build a game engine and create all the sprites themselves. It was really easy to learn and the scripting engine is really powerful. Game Character Hub is another really good tool. I was able to create custom characters for my main party quickly and easily.

This game is based on an idea that I've had kicking around for a while now. Now that I've been able to actually create a game around it and flesh it out some, I'd like to continue working on it after the contest is over and expand it into a full game. Due to the time limit and lack of resources I've stuck with what's in RPG Maker VX Ace and Game Character Hub to make Chapter 1. If it gets a good reception then I may look into having custom graphics created for Chapters 2+. Thank you for playing and any feedback would be appreciated!