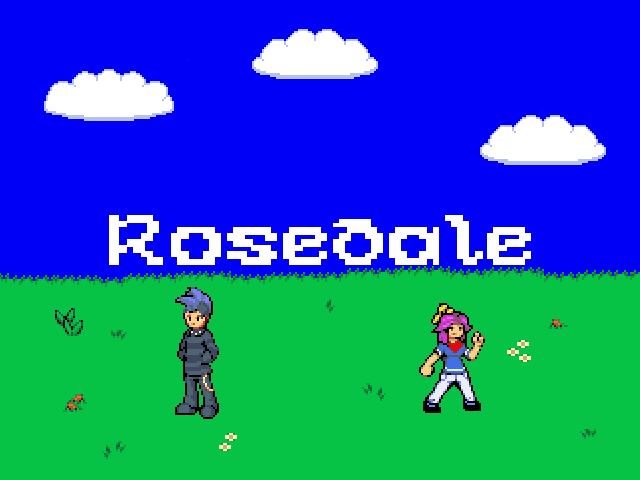 Rosedale is an Action/adventure game inspired by zelda/secret of mana etc.

Argyle:
Argyle has a callous personality, he's very stubborn and combative especially towards people he doesn't know. However he tends to loosen up around those close to him.

Sarah:
Sarah is a free Spirited Girl, who grew up in Rosedale and enjoys spending time in Moonset forest just outside of her town, she has a fear of being alone.

After Argyle loses his father, he recalls a story his father told him as a child
"Deep within moonset forest hides a mountain, but this mountain, is no ordinary mountain, it only reveals itself to those it finds worthy.Deep within this mountains caverns, hides a creature, the likes of which our world has never seen! this creature has strange and wonderful powers, and those who can reach him, will be granted a single wish, but in return, you must perform a task, if you can acomplish it, your wish comes true! I know it sounds like a fairy tale, but the truth is, I've been to this
mountain, and my wish came true! That's how you came into this world."

Argyle remembered his father would always promise to take him there, Although due to recent events, Argyle has decided to take the journy alone.
Shortly after arriving in Moonset forest, Argyle Encounters Sarah, a young girl who claims to know where the Hidden Mountain is located and agrees to take Argyle to Springrise. The Duo set out for the mountain, however, finding the creature of the mountain is only the beginning.

Growth in this game is incorperated in the main characters, and in they're relationship with eachother(although probably done poorly due to my lack of creativity).