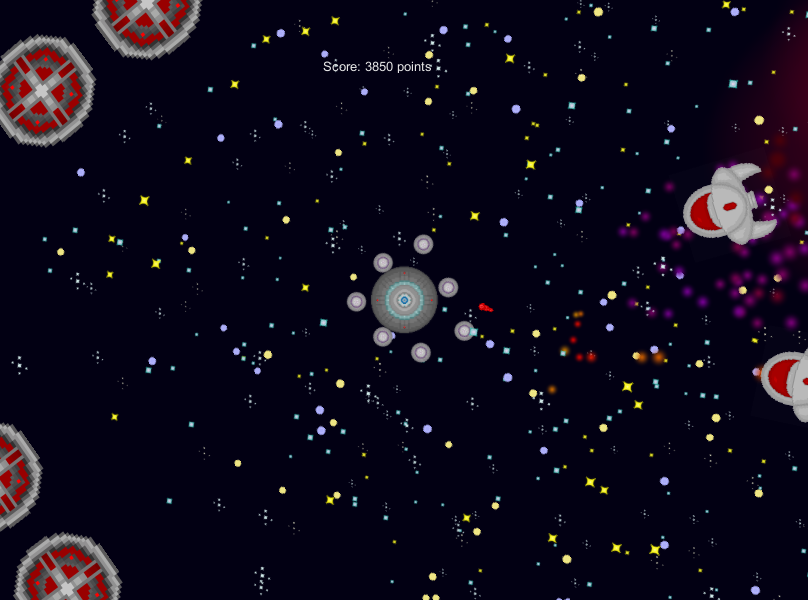 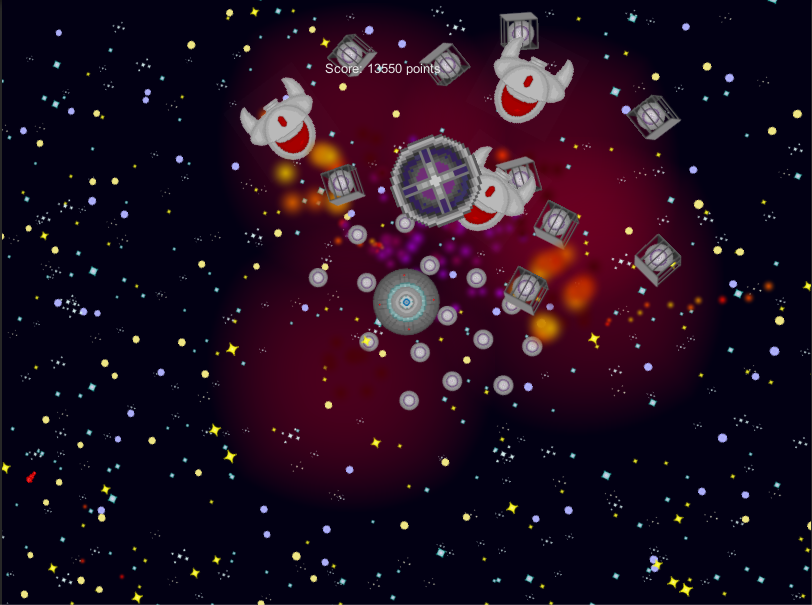 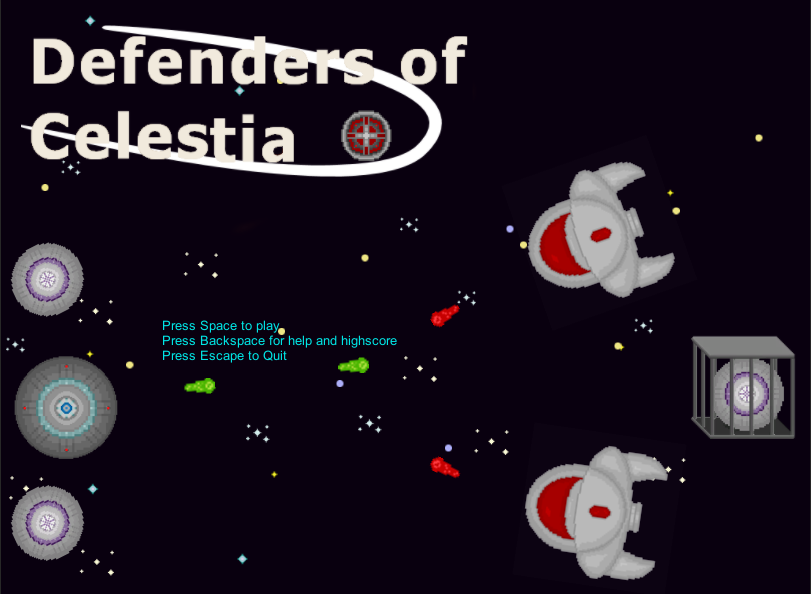 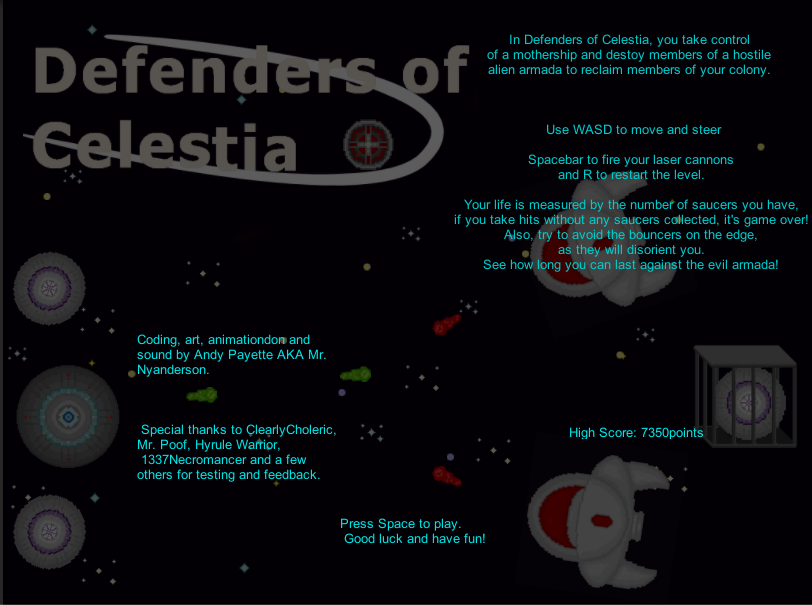 Defenders of Celestia is a top-down, arcade style shooter with procedurally generated parallax backgrounds that look wonderful and unique every time you play a new round.

In DoC, you play as a Celestian mothership, pitting off a last stand a  against hostile alien armada, use your speed and wit to rescue Celestian ships and build a force against the hostile invaders.Doing so will both increase your score and survivability, against the ever growing waves of the armada. This game has a local high score tracker, so try competing with your friends to see who's the best.

To play, the mothership is controlled with WASD, and space is used to fire your laser cannons, Recovered ships not only act as health for the player, but also as a means of deflecting enemy fire. Be wary not to touch the armada's baracades, as doing so will disorient the mothership. This information can also be found by pressing backspace in the main menu.

This game was a solo project, with all of the spriting, coding and sound done by me, however, I would like to thank my friends for helping me playtest, who have their handles as special mentions in the game.

Even though the  submission part of the contest is over, I'll still occasionally do patches to the game and upload them under this link.