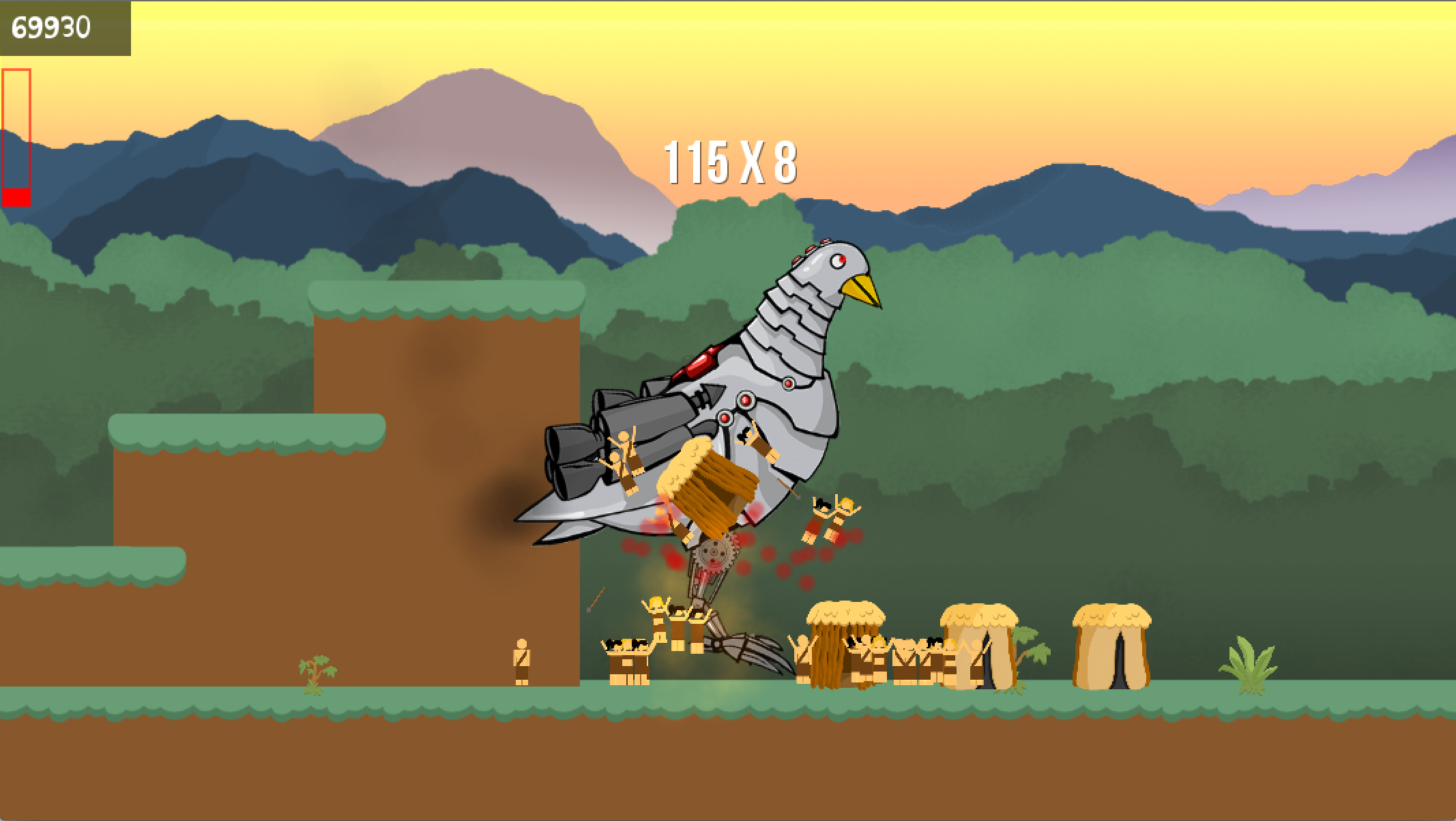 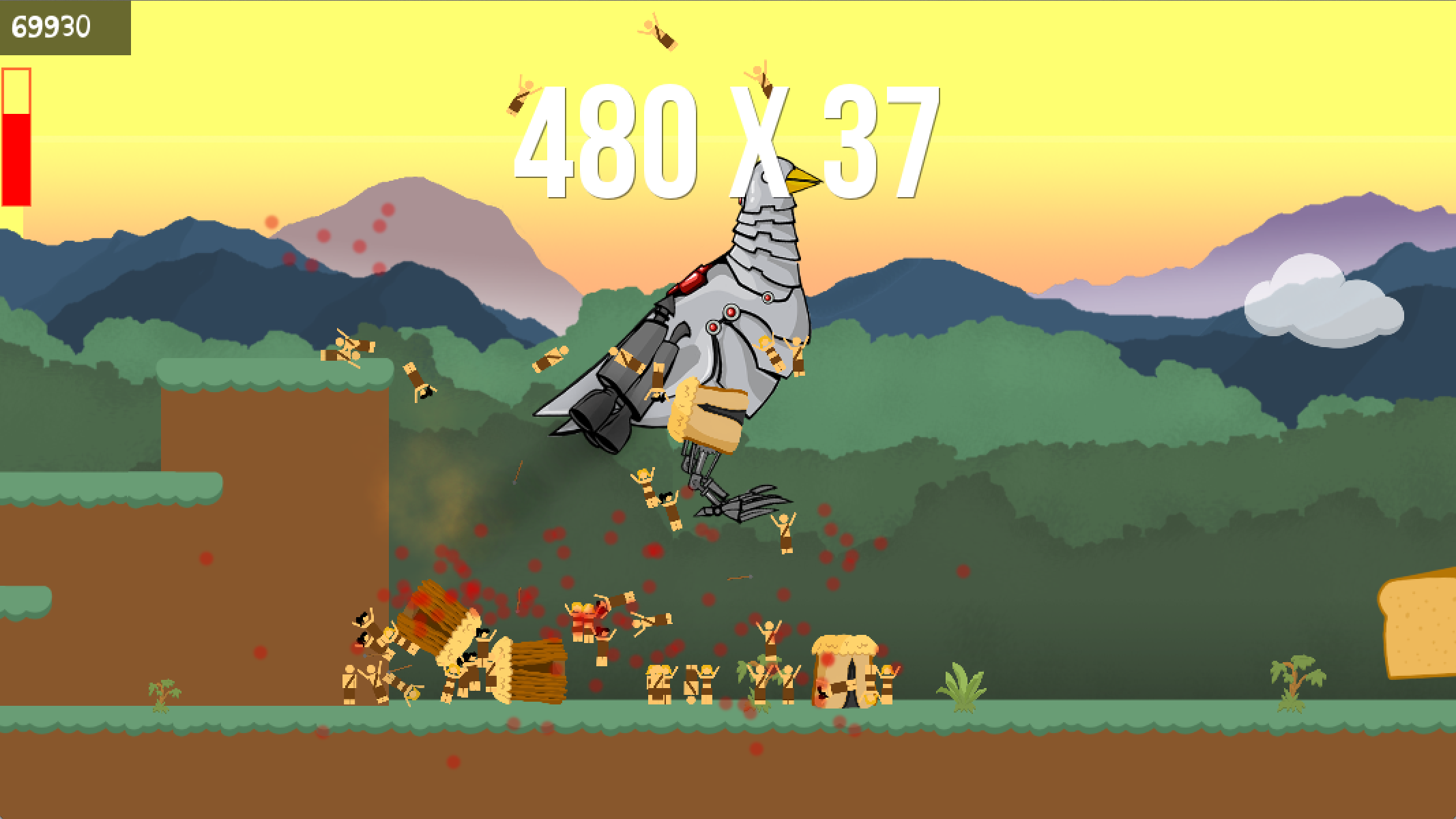 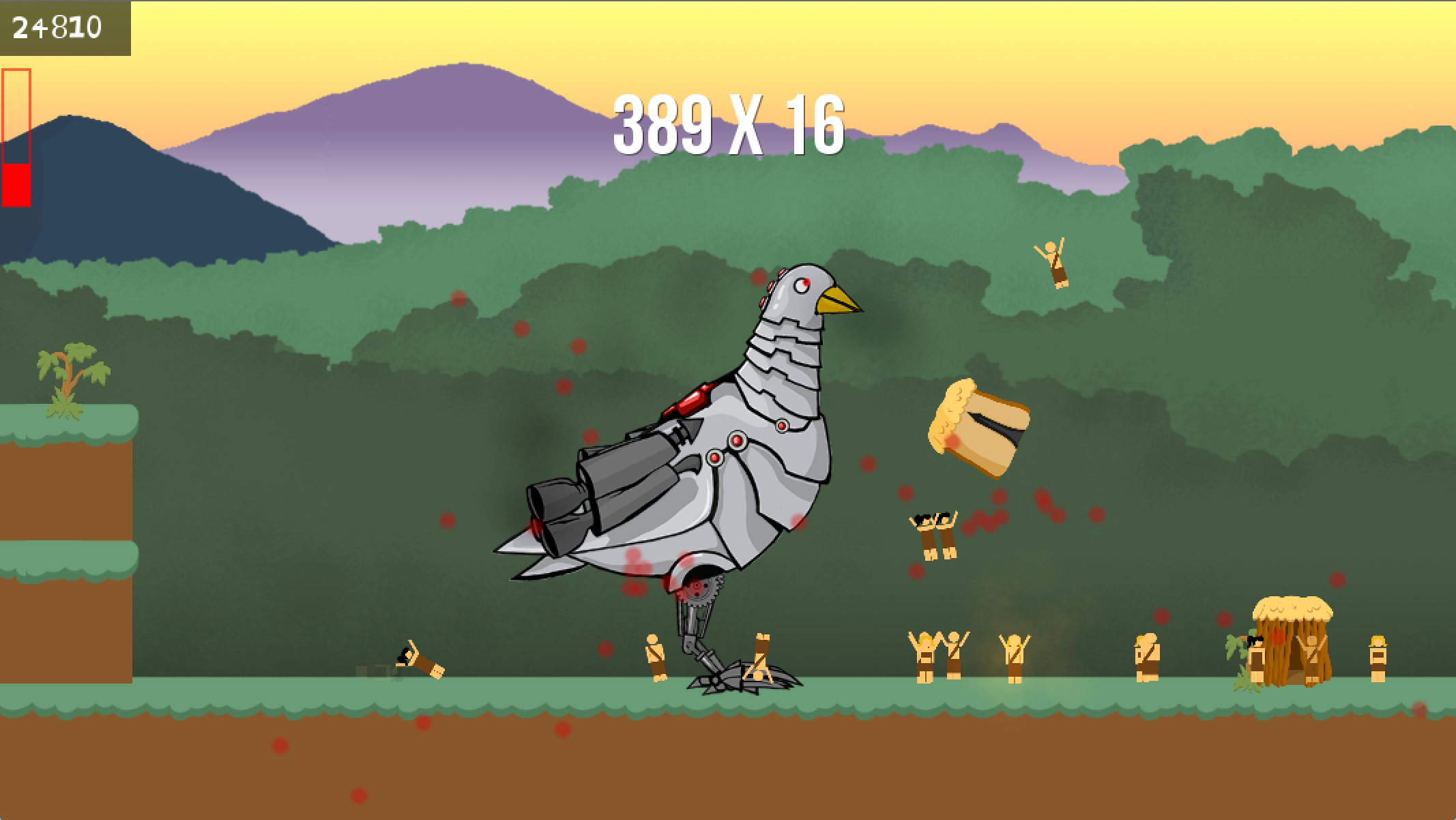 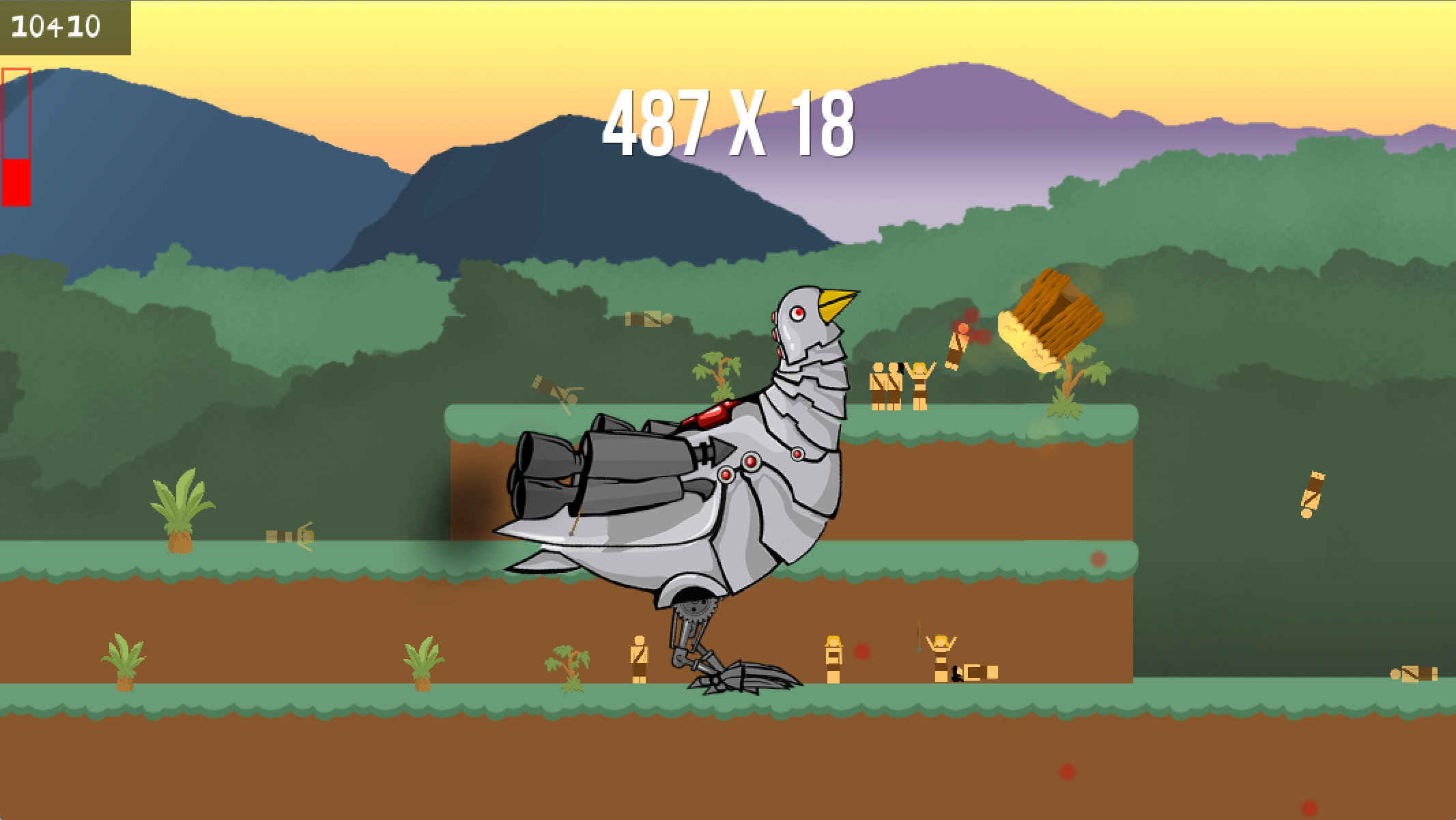 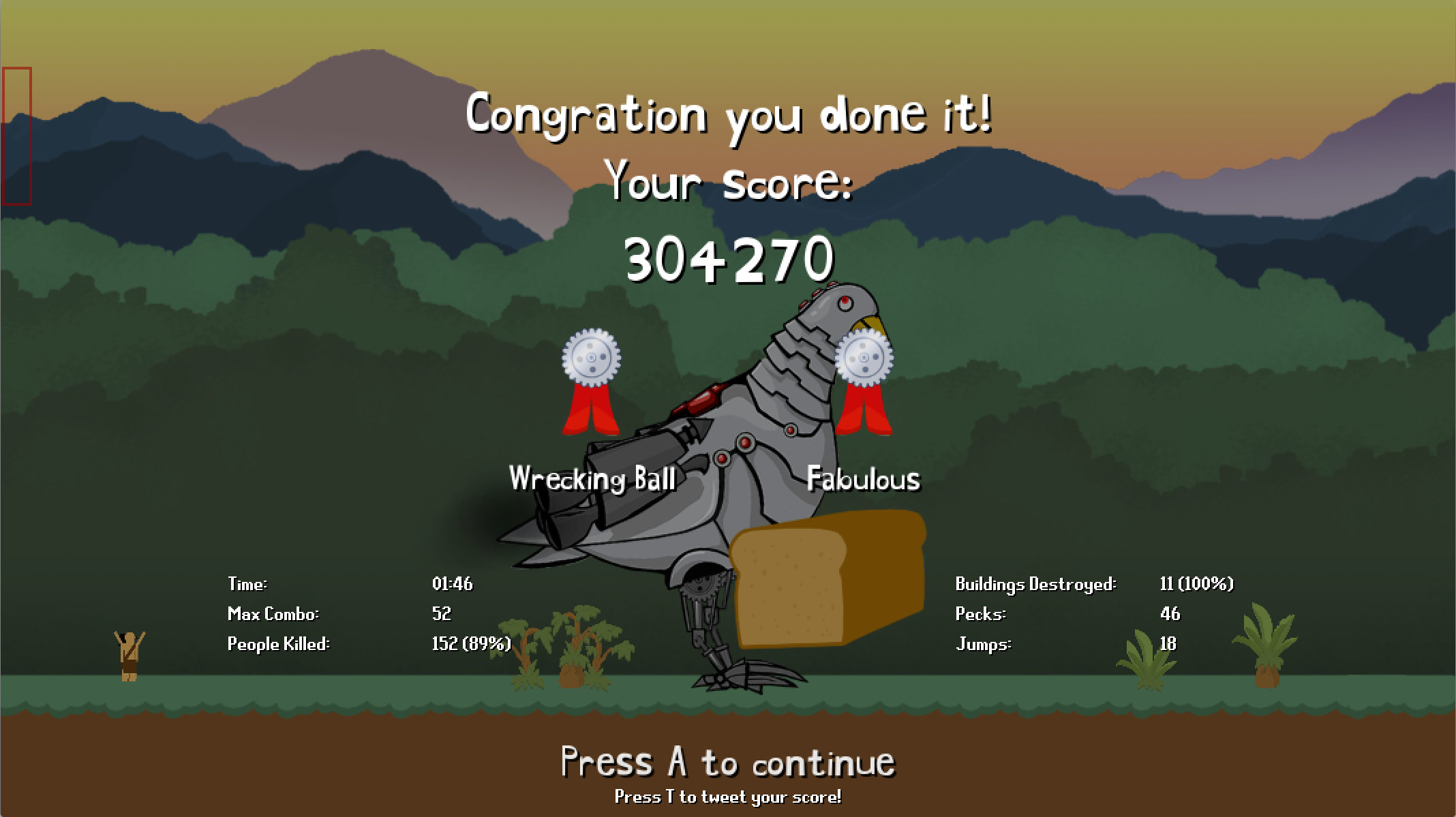 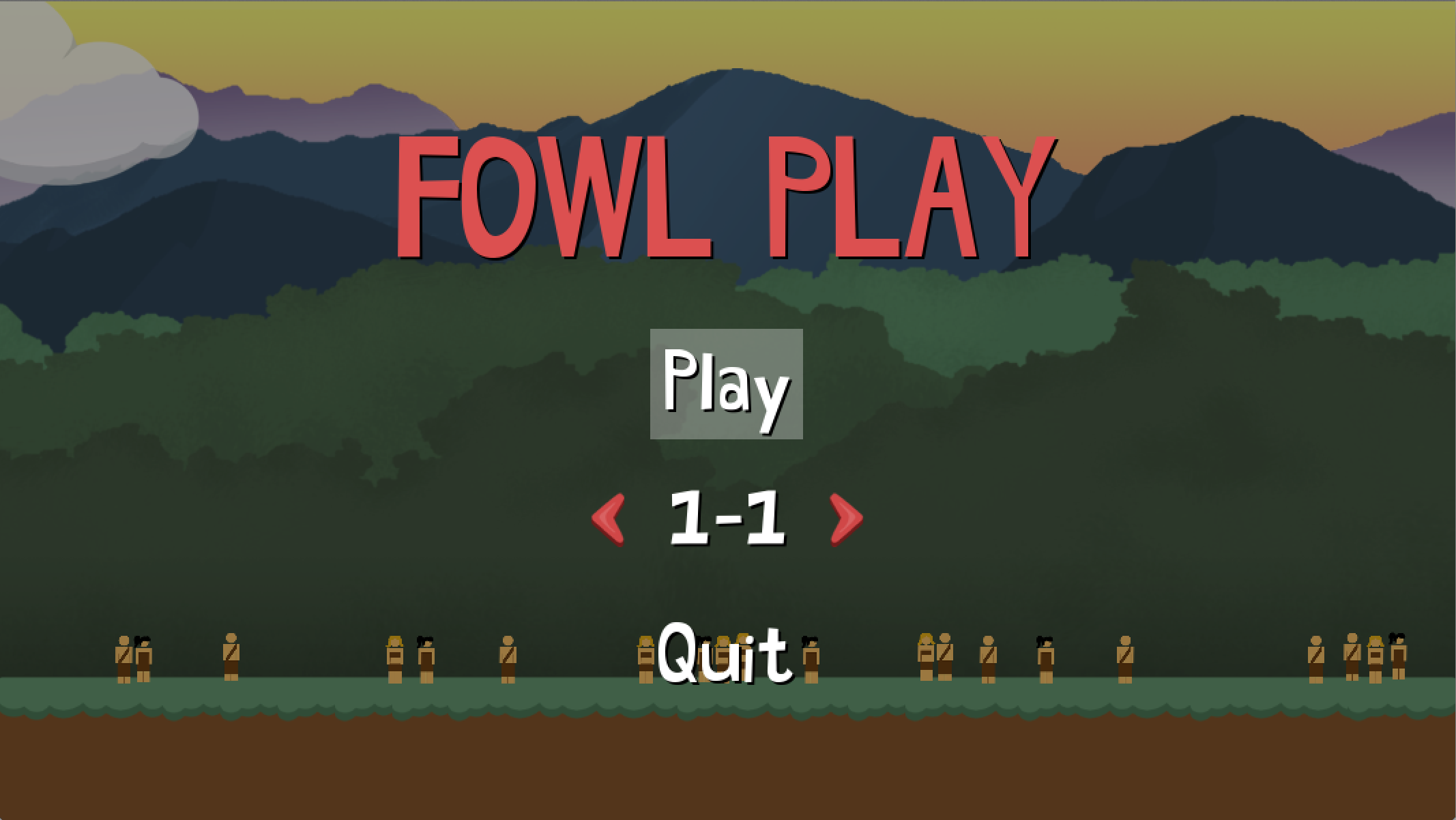 Fowl Play is a 2D action platform game with one rule: kill everything. You play as a giant robot pigeon with a penchant for destruction. Terrorize the local humans and demolish their buildings. Venture through the ages and bring the pain to earn bonus medals and assert your dominance over the human race.

Fowl Play embeds the theme of growth both in the mechanics and the aesthetics of the game.  As an aesthetic, the core idea for the game was to take an every day object -- a pigeon -- and blow it up to larger-than-life proportions.  Additionally, there is a mechanic where if you kill a bunch of people at once, the pigeon grows even larger and begins to drop sick beats and sparkle with rainbows.

Music: The Pony Brigade by Kubbi