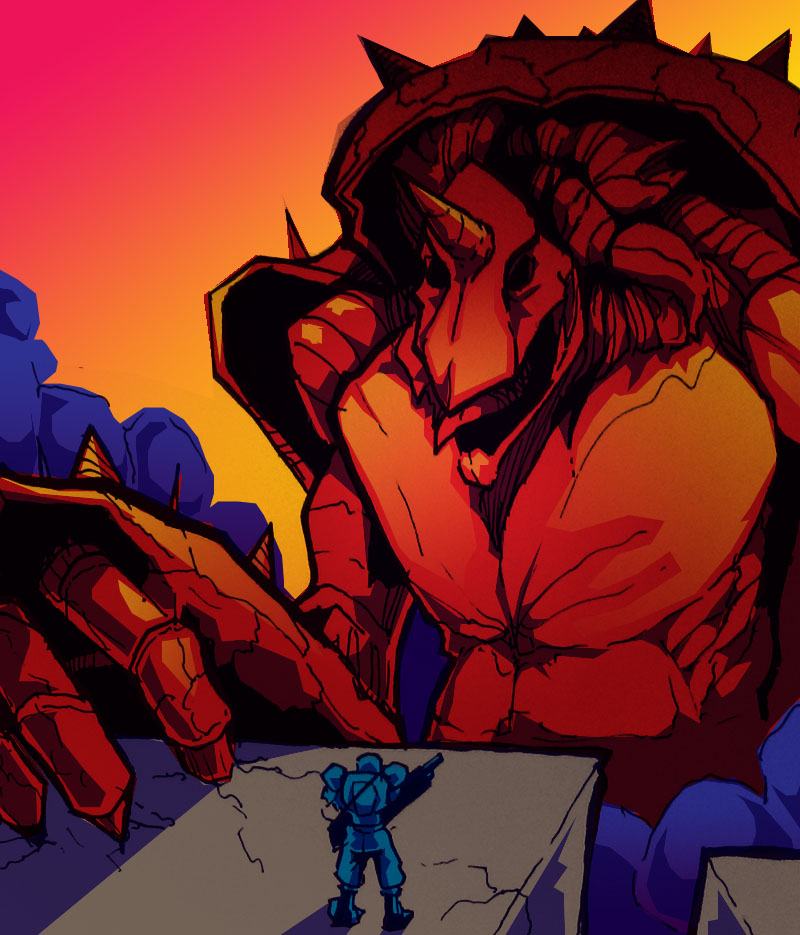 Welcome to the End of the World, You're gonna need a bigger gun...

The world was going to hell anyways, but then one day the first Kaijus started to appear and decimated cities in their wake... of course if it was just left at that we'd be a million times better off.  We wern't.  Mutant's, Monsters, Robots...Zombies... legions of them started rising from the paths of destruction left by these hulking monstrosities started invading what seems to be any declining civilization we have left.  Welcome to the last miserable days of your life Pilot.

This is where you come in, Pilot.  We have ground and air forces backed together thanks to what remains of our UN and major powers, though we have to keep a tight defense if we're going to fend off anything that seems like a bad japanese movie.  Your job is to spearhead our advances into taking down these abominations as a modified super pilot recruited by our Joint TaskForce Operation.

It costs roughtly $1,750,000 to train and modify each and every one of you to a highly trained combat ready death machine with enhanced everything.  However, our ultimate weapon against the Kaiju threat, the big freaking robots cost roughly about 1 Trillion backed by private organizations, manufacturers, and governments.  So we don't want you wrecking our precious defenses as resources are becoming harder to come across, therefore if you feel you can handle one of these hellish beauties you're gonna have to turn the tide in our favor.

You will be given a standard issue rifle, body armor, and a close combat weapon and deployed into the heart of the warzone via drop pod.  Survive long enough, and we will continue to drop support.  Die, and well the next pilot to your left will have the opportunity to not be a miserable failure like you.

Kaiju Smash is a tribute to all those giant robot and monster movies out there with inspirations also drawing from Sentai, Contra, Capcom stuff, and of course... Dancing Magical Tacos!  You start off in a drop pod deployed in a hellish warzone destroyed by Kaiju's and enough monsters to make Guyver blush.  The more your survive, the more mechs and equipment comes available to you through requisition points.  Do well enough, and it's Giant Robot vs. Monster! Booyah

If you survive that is.