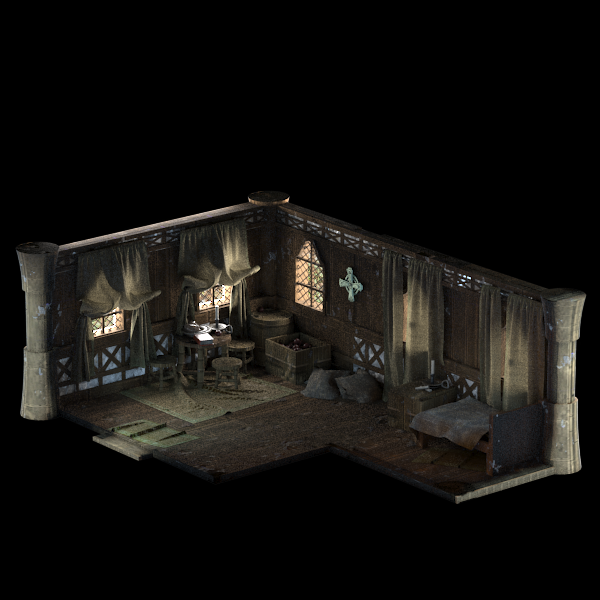 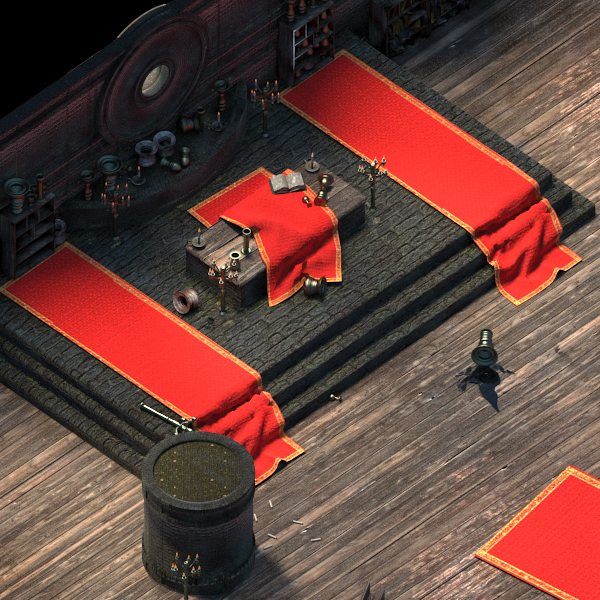 In a world without hope for the future, what may be important to you? You was cured of a deadly plague, but loose everything you loved when woke up. Your world is dead now.

I was just passing by and saw the contest. I work with RPG Maker for years and I could achieve very good results that I always share with the community of indie game developers. Now I see in this contest a chance to show and test some of my skills. I will try my best to bring you a masterpiece until the last day of the contest.

Hollow tells a story of a priest in a country infected by a powerful and deadly plague. He was infected, so locked himself in his room to prevent that another ones could be infected too.

He lacks of memory in some times and think that he is doomed. He saw his own life passing through his eyes so he slept deeply.

So he wake up in another place, another sanctuary that he doesn't recognize and saw a dead priest at his front. It is a inquisitor's room, and he don't know how what or who bring him there...

Soon he discover that the beautiful ground of his country is nothing more than a pile of dust and waste of dead nature,dead grass, dead trees and almost every good people also, dead! The sun is burning like the flames of hell and the devils shows up to search for new human victims every day. The priest decides to combat his way to his old home and discover what is happening.

A mysterious and tenebrous world, just a dark shadow of what it one day was.

The game is an Action RPG with misteryous and obscure places. A lot of suspense and a great story of a man that only want to go home and continue his simple life, but only encounter each time one more reason for not to exist.