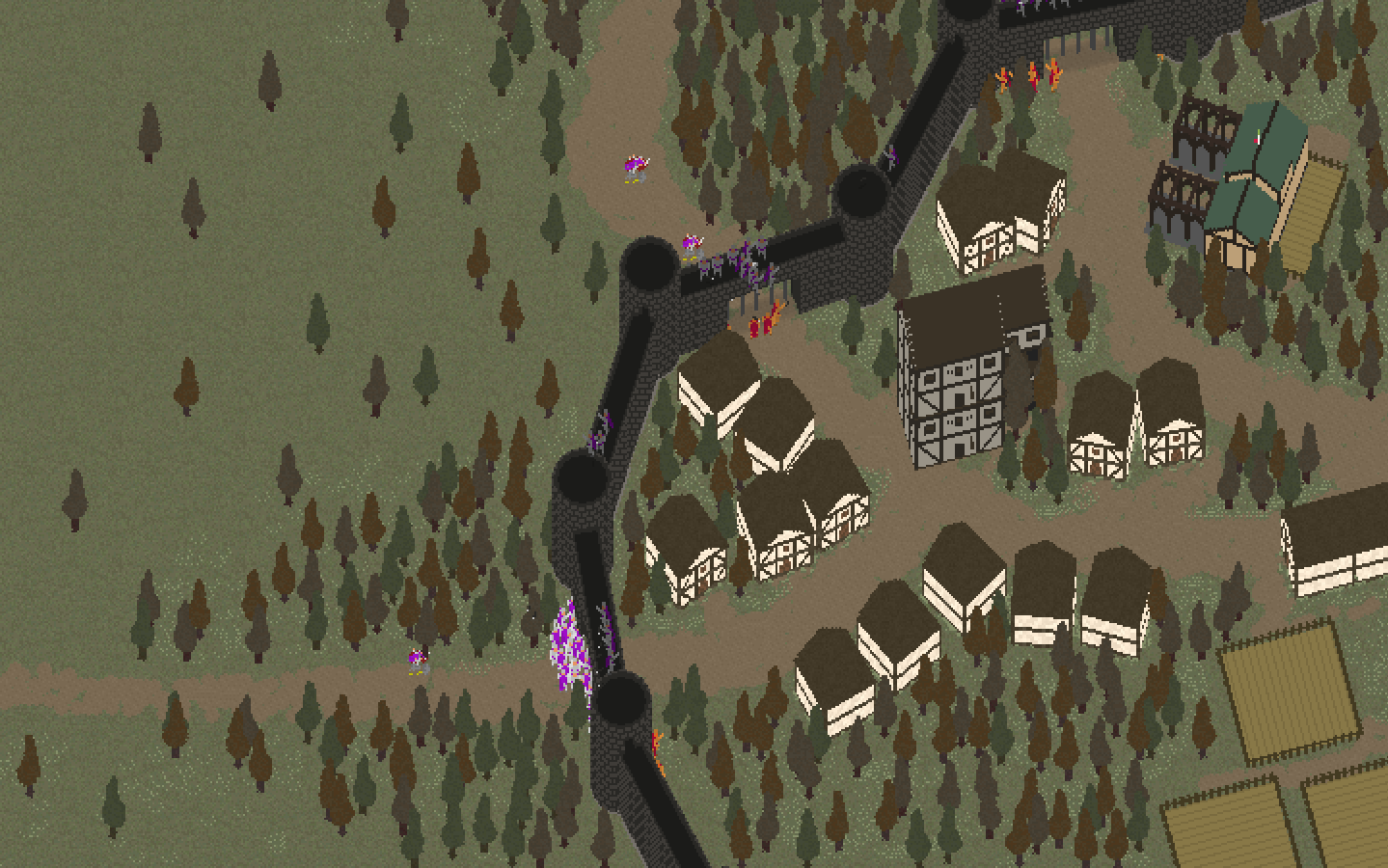 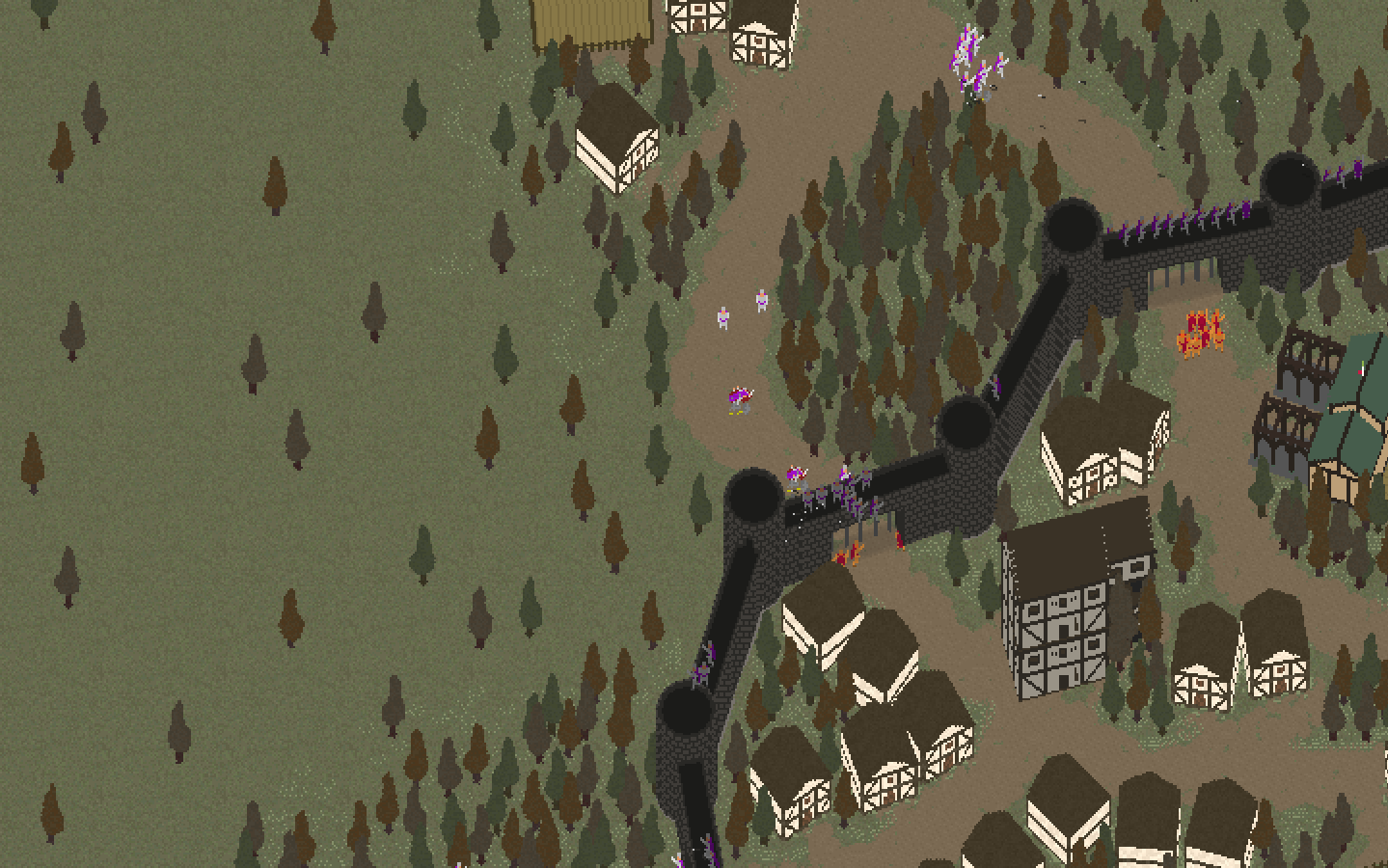 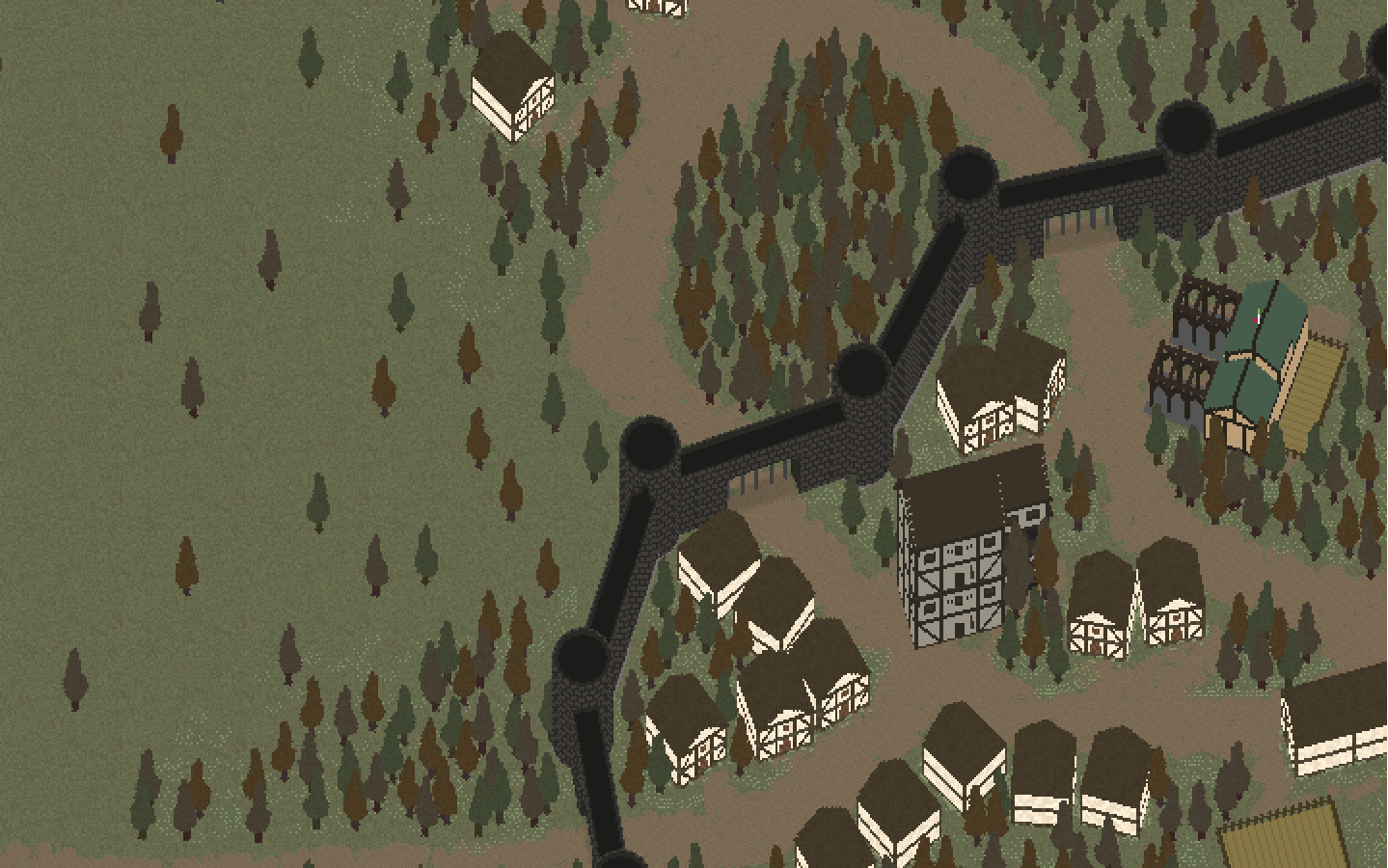 Skaskovik Is The Greatest Military Strategist of All Time
Help other realms protect their lands as you manage their army.

You are going to use the typical RTS controls.

Here are the specific things though:

You are able to upgrade your units equipment and train stats by clicking the blacksmith, barracks, or archery. (There are only 4 kinds of buildings, these three and a house which doesnt do anything)
You gain experience by killing the enemy and gain money by picking up the armor from dead corpses, just hover the mouse above it.
You can put your archers on the wall for better strategies. Wall gates have HealthPoints.
What we are aiming for

This is basicly just the sketch for an idea we had some time ago, so we decided to participate with this, quite late. This game was made in 5 days. We wish we could have seen this contest before. Anyways here is the complete idea:

In this game you start as a Military Strategist and your job is to help kingdoms protect their selves against evil forces. In this game we uploaded there is just one type of enemy, but the idea is to have many types of enemies with diferent races like orcs, elfs, etc. and each with very unique units, so unique that you would need a specific equipment for your units just for that enemy unit.

We also plan to include magic in by using spells which would be ''casted'' in towers. You would use the ability of sorcerers to cast spells against your enemies.

Another thing we want to feature on this game would be randomly generated worlds, from the kingdom names and stories to kingdom buildings.

We also think of the features of trade-card like games. To have "scrolls" for certein spells, "contracts" with mercenaries and/or "blueprints" for building towers.

And this way being able to have planned strategies with a "deck" builded from this items.

after upload at last seconds haha if you want to play it good go to fergaram.itch.io we we'll make a page for this game and make updates.