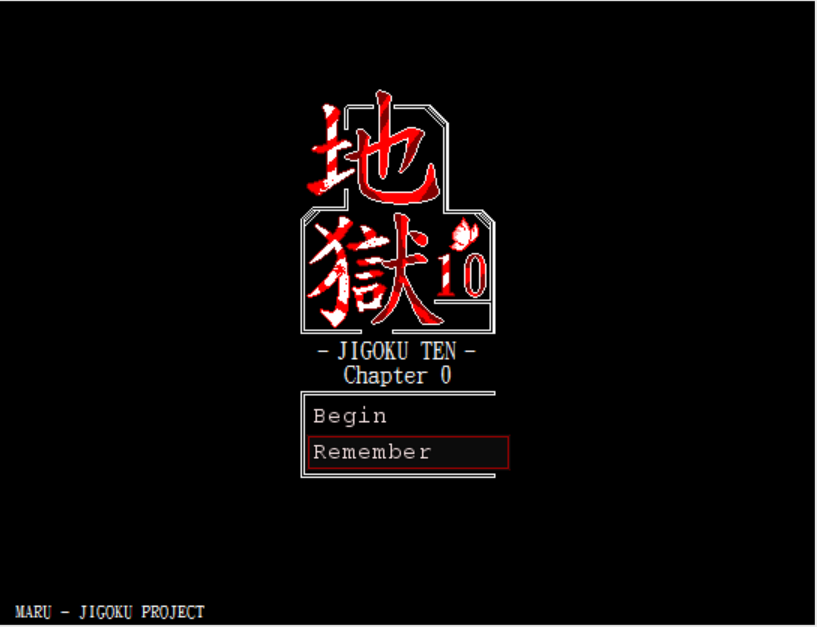 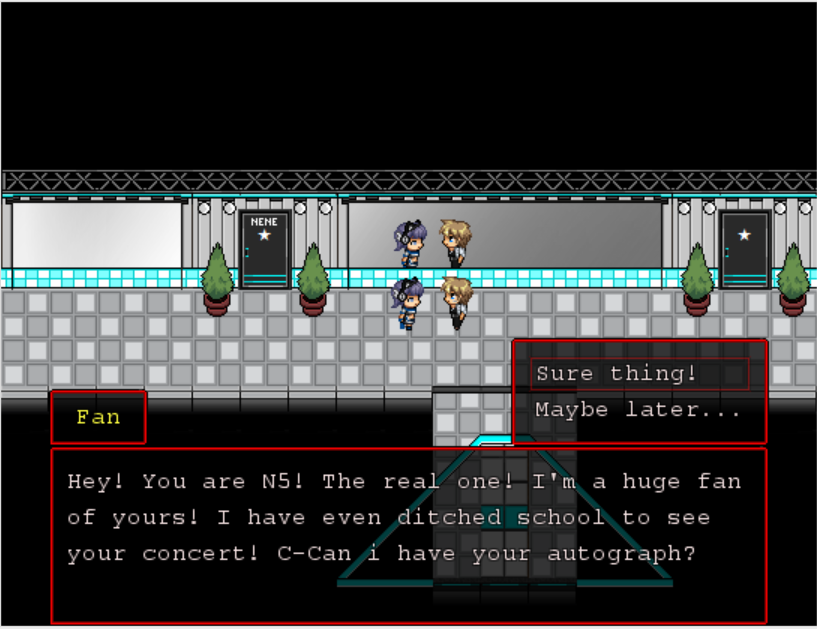 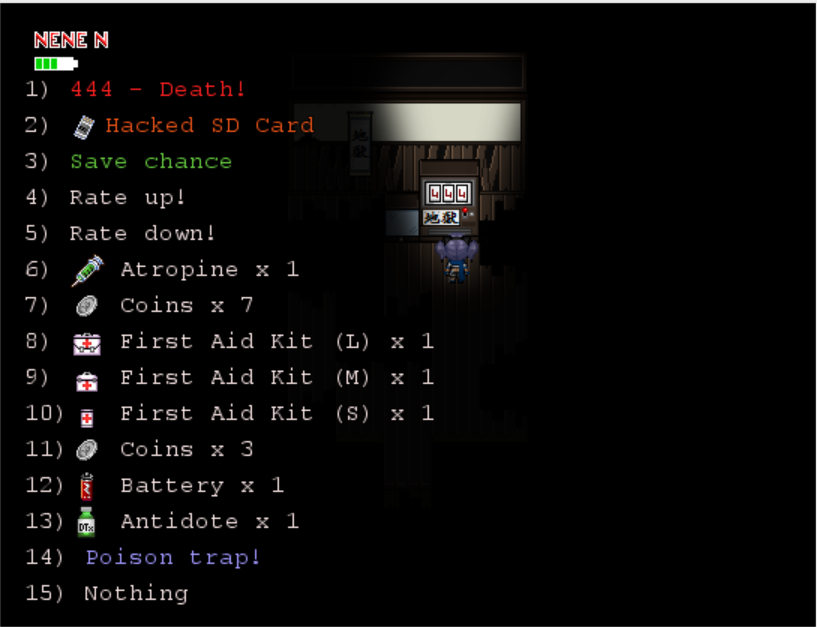 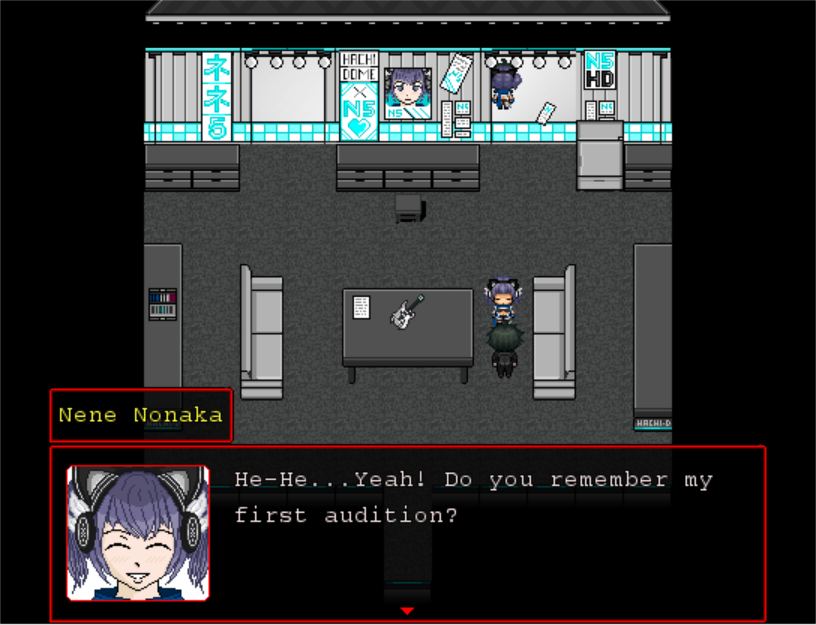 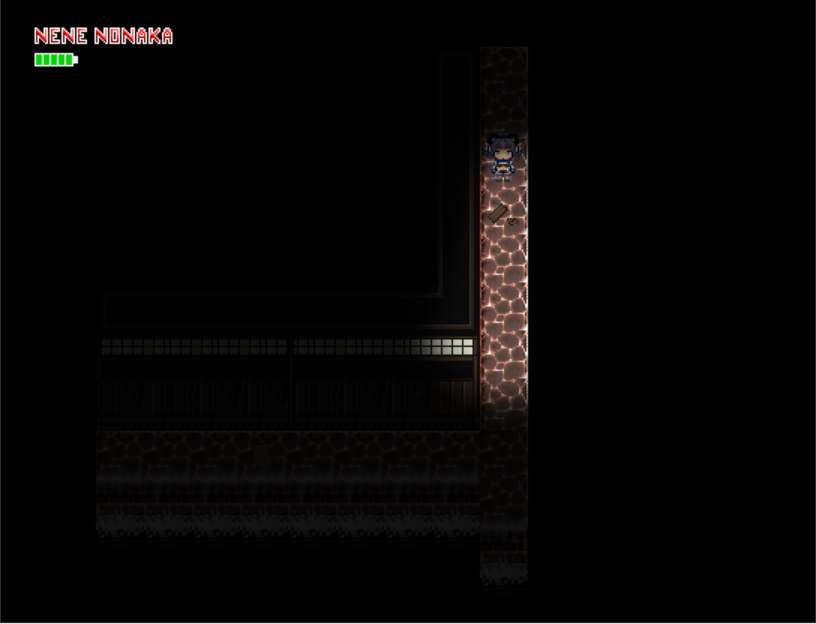 Nene Nonaka is a fresh idol at her first debut concert in Hachiba Dome, one of the biggest halls in all Japan. Howe-

"Buuuu...Who wants to hear a story like that! I'm yomi43 ^-^ and I will tell you what happens next! The concert goes BOOOOOM! Literally. And our idol is sent straight to Hell!"

This is a game where you put your life at stake. But before that, i have to see if you are fit to join. There are only three simple rules you must follow.

-Rule #1 You must find your profile.

-Rule #3 You cannot leave the game.

Nene Nonaka : She's the protagonist of this chapter, a cheerful and yet rebellous idol-wanna-be. She loves videogames, love stories and teasing people (Namely her manager).

This is a special chapter of the series, in a very short format. Jigoku Project is an experimental project, or at least it is what i supposed to be. Every chapter develops around a fictitious town named Hachiba, in a remote area of Japan, with a different protagonist and point of view. This series talks about Hell, thus the title (e.g. Jigoku TEN is a wordplay consisting in Jigoku = Hell and Ten, which have more than a meaning depending on which kanji is used. I will let the player interpretate that), but how it is described changes from chapter to chapter. My real intention however was to make a game being close to an anime or at least following that style, you will be hearing a lot of references about japanese culture! If i were to describe it's genre however i would say thriller with a slight hint of horror rather than a proper horror. I hope you will enjoy it.

Warning : The game has been deliberately made hard on purpose. Walkthrough will not be soon provided (safe high demand for it).

(Note : Space Bar/Enter are refered as [Action] key in the game)

This game is an experiment, it is "simple" but yet "complex". A warning though, the game will never tell you what to do. It is up to the player figure it out. Explore, try and discover. Only if you persevere you might see the ending, otherwise, you will be left wandering in the depths of Hell for the eternity...

Your choices will affect the game, also, in this chapter there will be a RATE system, which represents the character growth. Everytime you solve a puzzle or discover something hidden it will increase, viceversa, everytime you cheat or perform a wrong action it will decrease. The RATE will affect some areas or events and even certain endings.

This chapter will also feature a Cheat Consolle. You can use it to che-

"Heeeeeeey! >:( What are you doing! Don't you dare teach people how to cheat! Listen to me instead! The cheating consolle is a nu-uh! If you cheat you will NEVER be able to finish the game!"

There is a way though.

Ok fine. I will let the players find out...

-Anime themed (Or at least i hope i gets closer!)

-Many secrets to discover!

(They are also inside the game credits!)

DOWNLOAD LINK FOR Version 1.5a (OB) IS NOW AVAILABLE!

How to install : Simply extract the folder in Jigoku10.exe.

Play at your own risk. This game may cause possible ragequits.