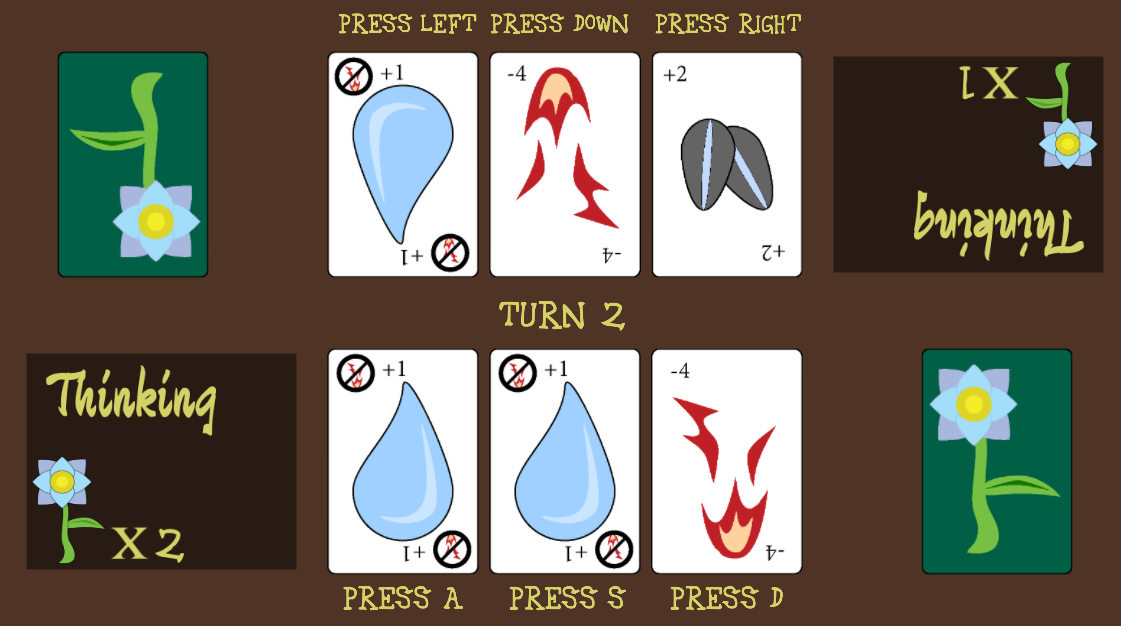 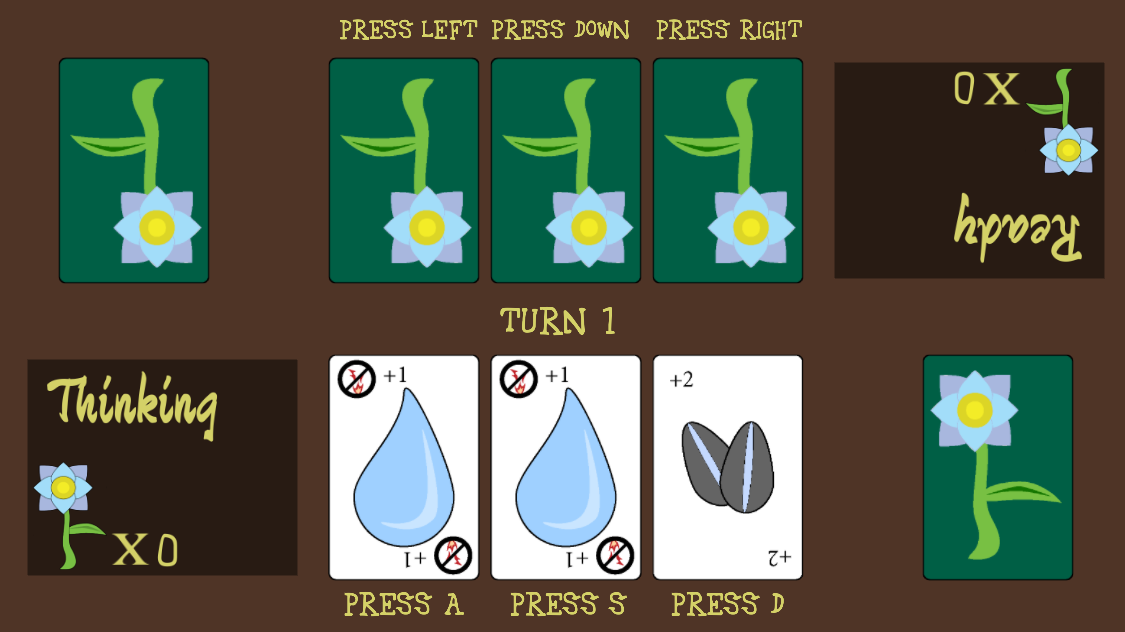 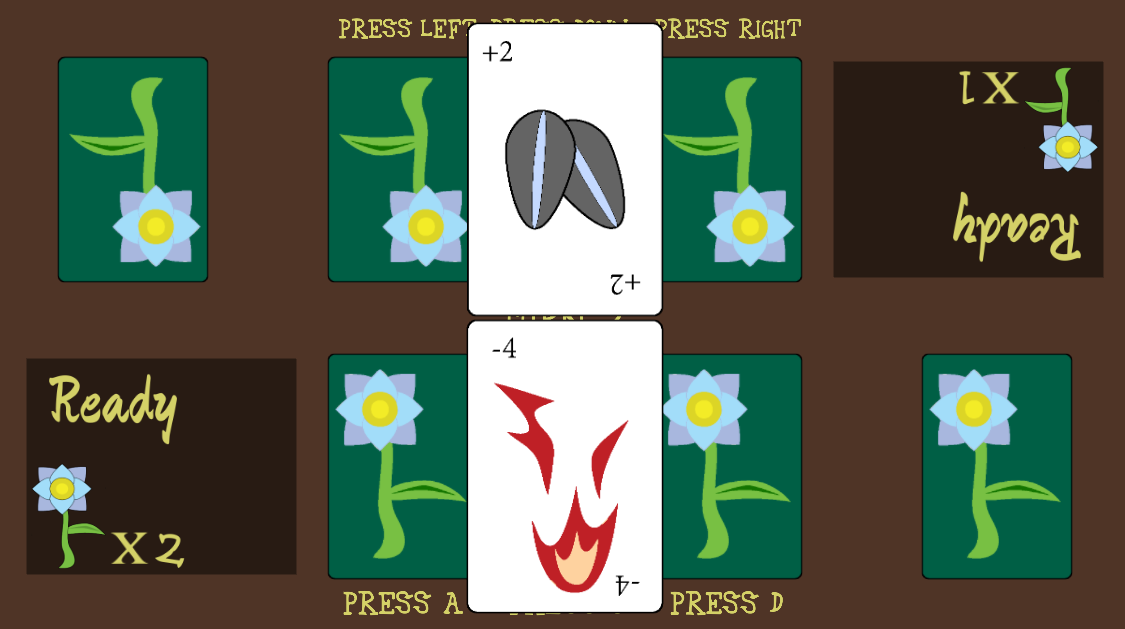 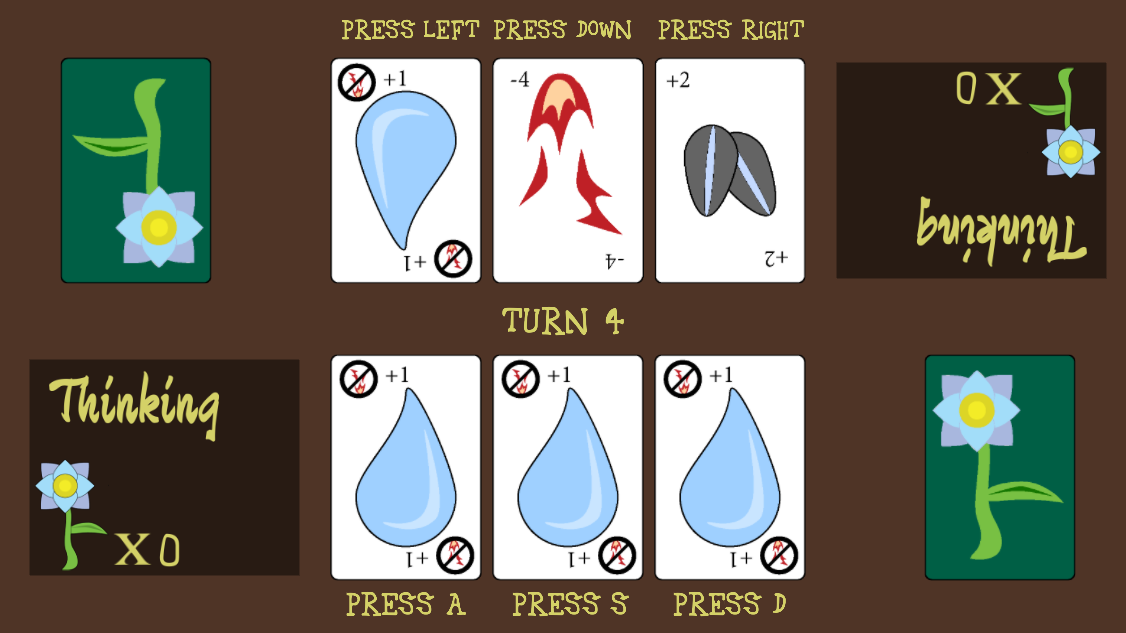 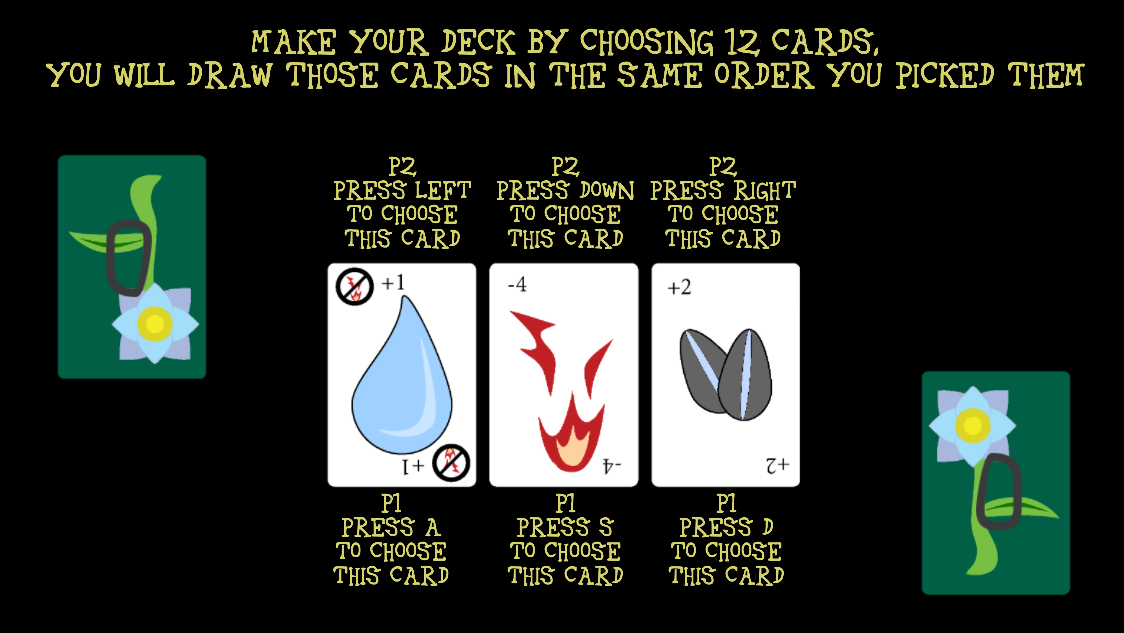 From the developer that brought you Grand Healer part 1, comes a deceptively simple strategy game based on the beloved reflex game Rock, Paper, Scissors that you can play with your friends as long as they are in the same room as you, that game is Seed, Water, Fire Cards.

The game lasts 10 turns whoever has the most flowers at the end of the game wins.

The Seed card increases your score by 2 when played.

The Water card increases your score by 1 and prevents damage from the fire card when played.

The Fire card burns away 4 of the opponents flowers.

Both players start by making a deck of 12 cards in any combination of Seed, Water, or Fire cards.

Cards are drawn from the deck in the same order that they are put into it so good planing is key to success.

Players play with a 3 card hand that must be revealed at the start of the turn for 2 seconds, and then may only be flipped face down once the player has decided what card to play.

After playing a card it is removed from the hand and replaced by the next card in the deck.

Game has no sound because I didn't want it to distract the players, and there is no AI because every time I played a Rock, Paper, Scissors game with a computer as a kid it felt like the computer was cheating, and I wanted to focus the game on the intense challenge of predicting other peoples actions, which is why the hands are revealed so both players can try and reason what the other player is going to do.

Remember the cards in your deck the opponent can't see them but you know what order they are coming in use that to your advantage, and try not to end up with hands that contain 3 of the same card.

Try not to let the other player see which card you picked while entering your choice into the keyboard.