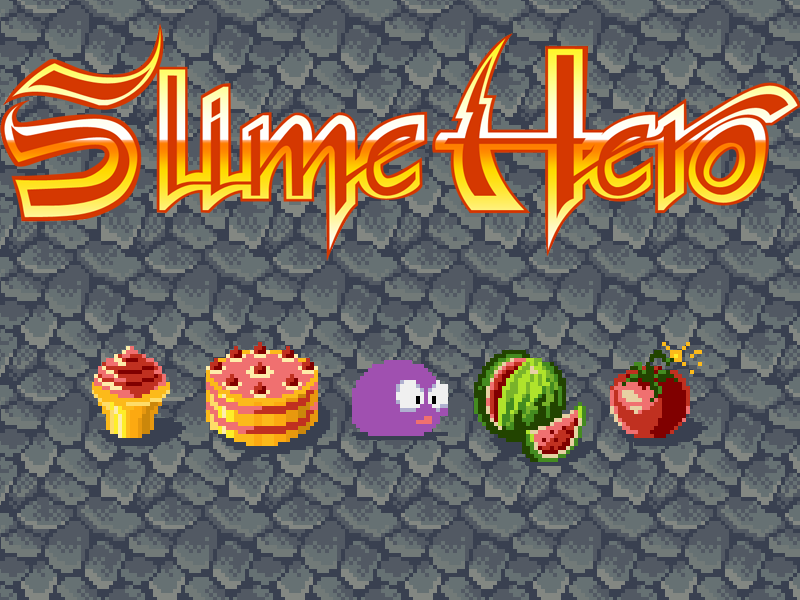 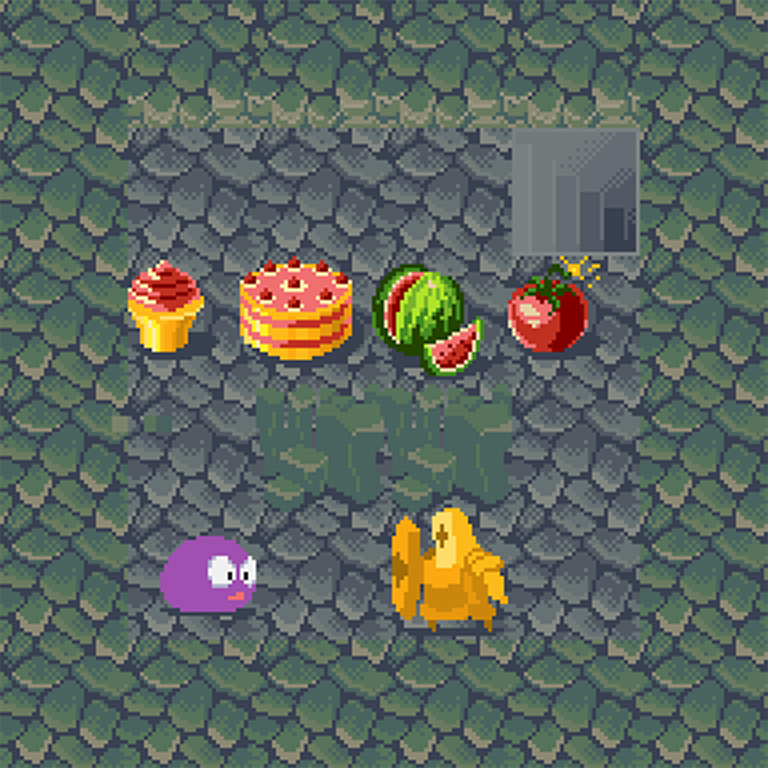 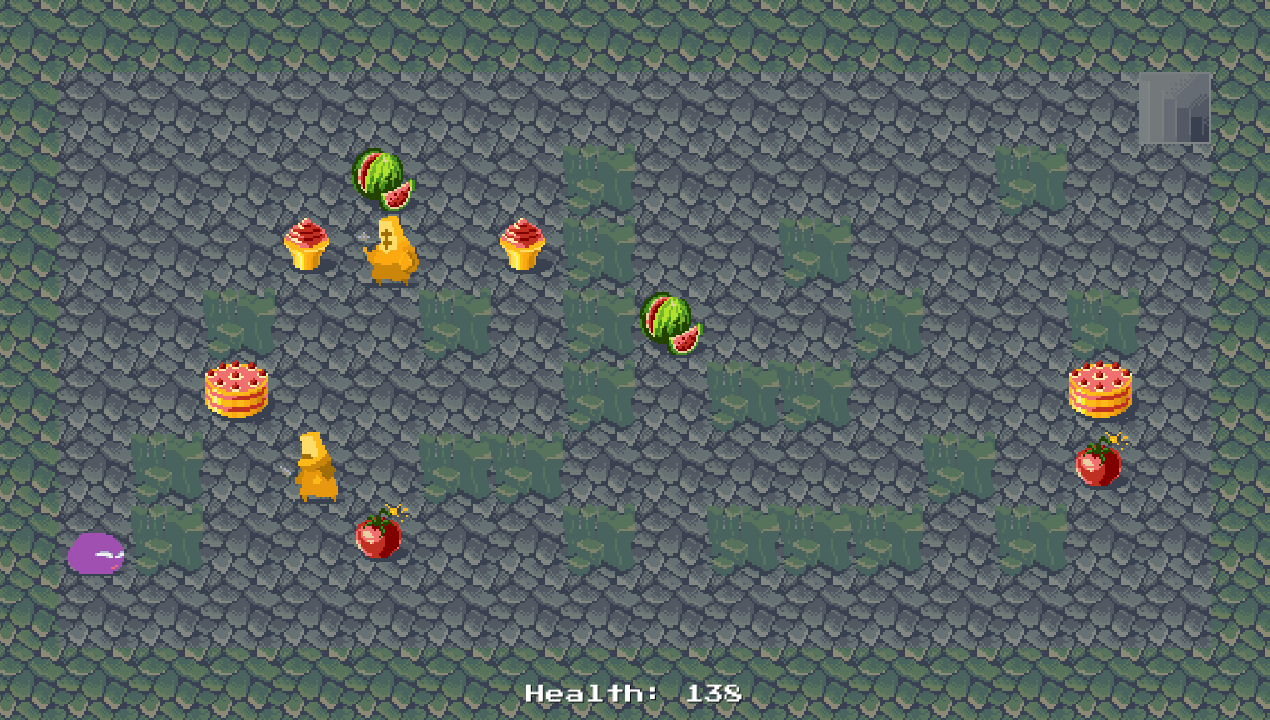 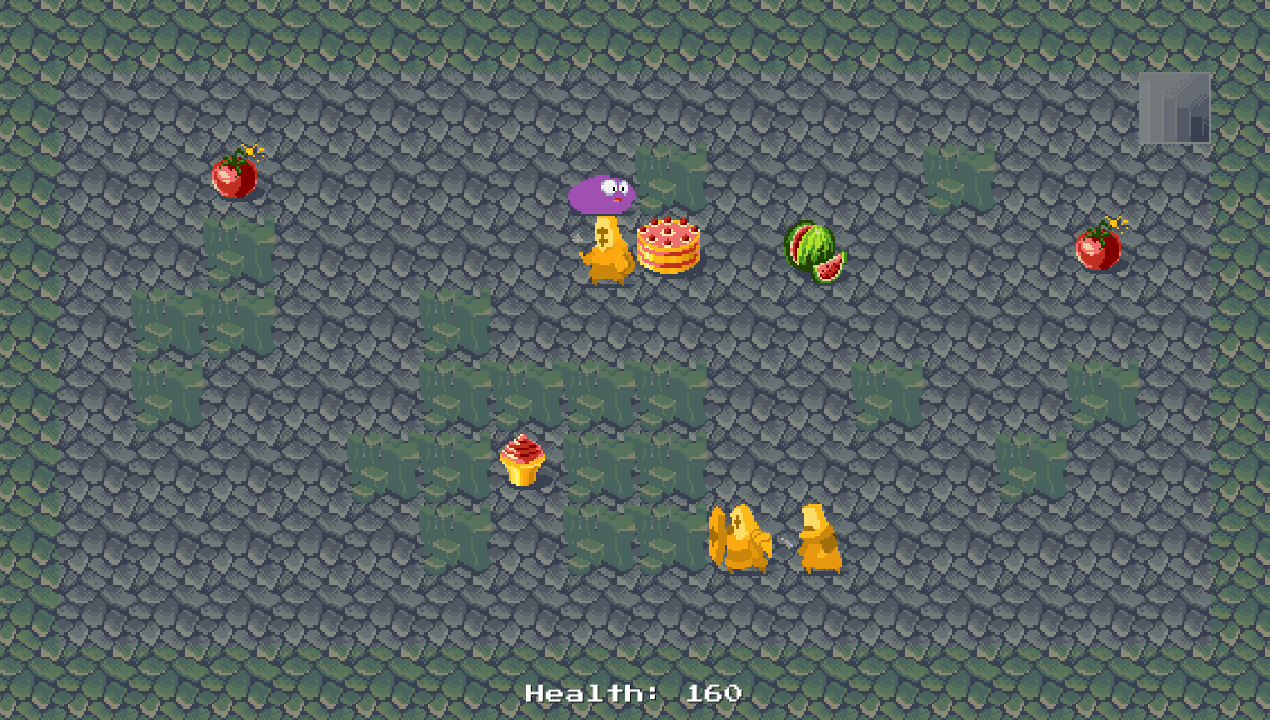 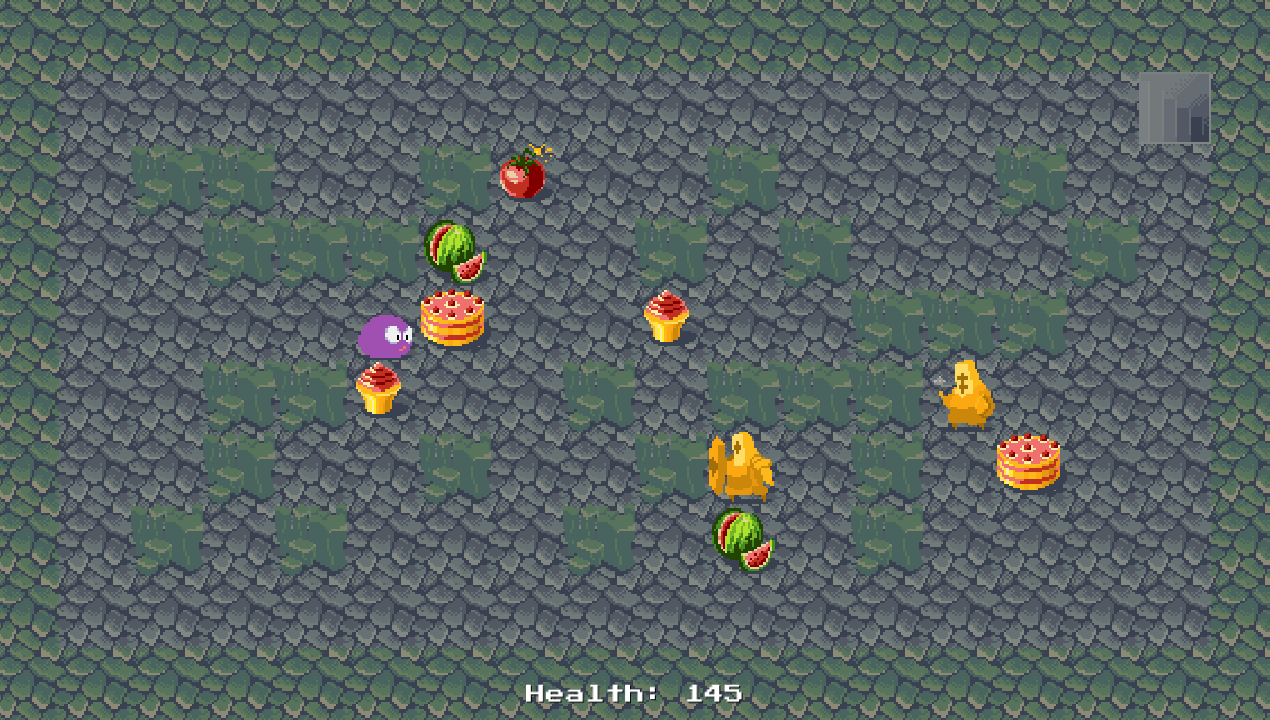 You play as a slime striving to become one of the revered Slime Heroes, those that eat lots of food and defeat adventurers along the way. Go through each randomly generated level while eating as much food as you can and either defeating or avoiding the roaming adventurers. Survive for as many days as you can!

Can be played in non-Chrome browsers (Unity webplayer). Download the standalone version to play in 1280x720

Version 0.09 has been adjusted to improve difficulty. You can see progress work on sprites over at pixeljoint.

Developed for IGMC 2015 in Unity using Makinom by Kim Crenshaw