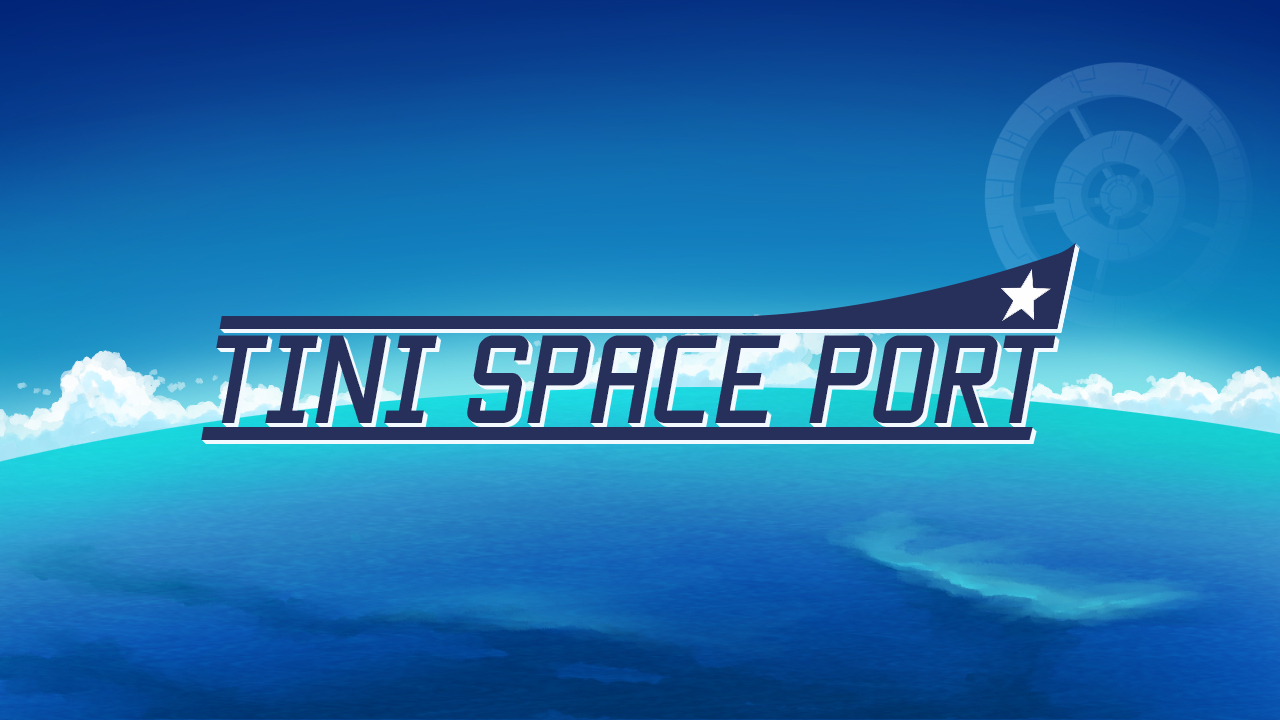 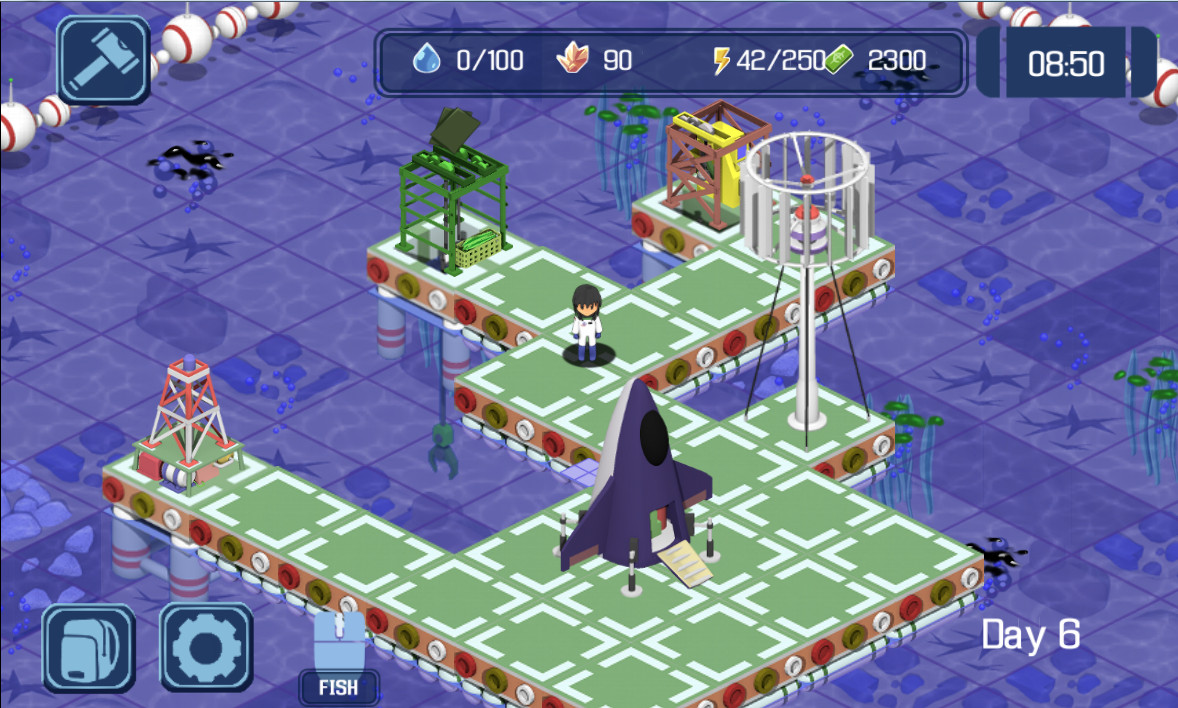 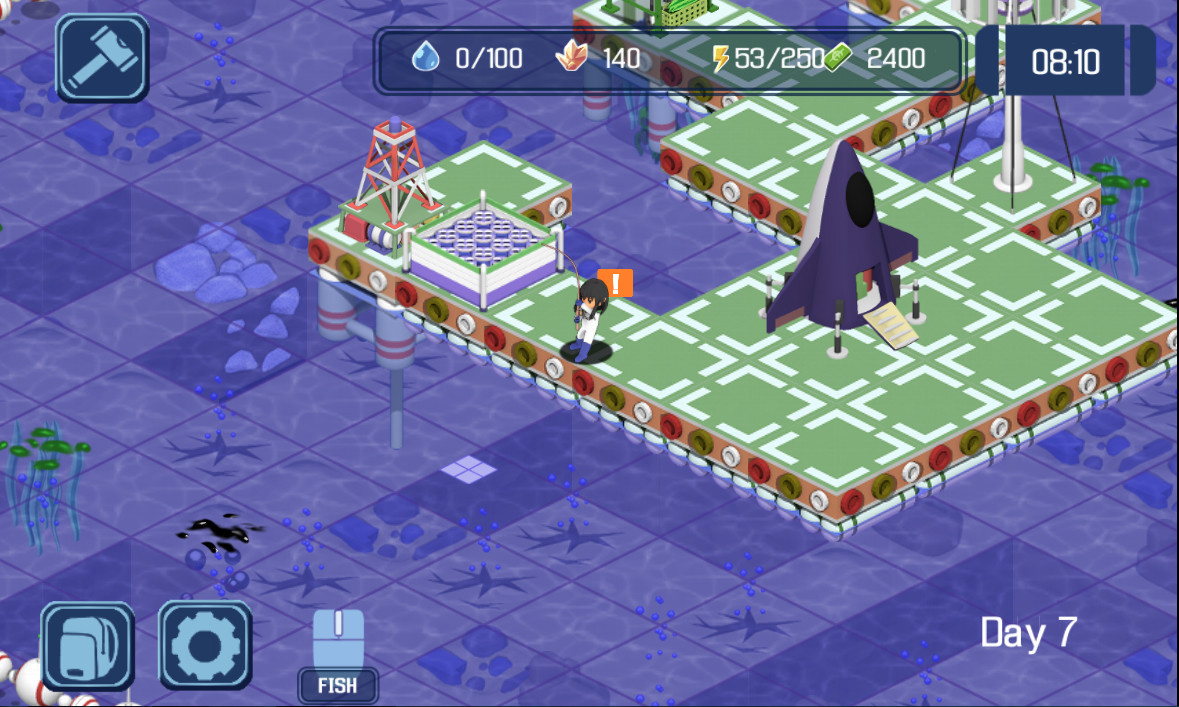 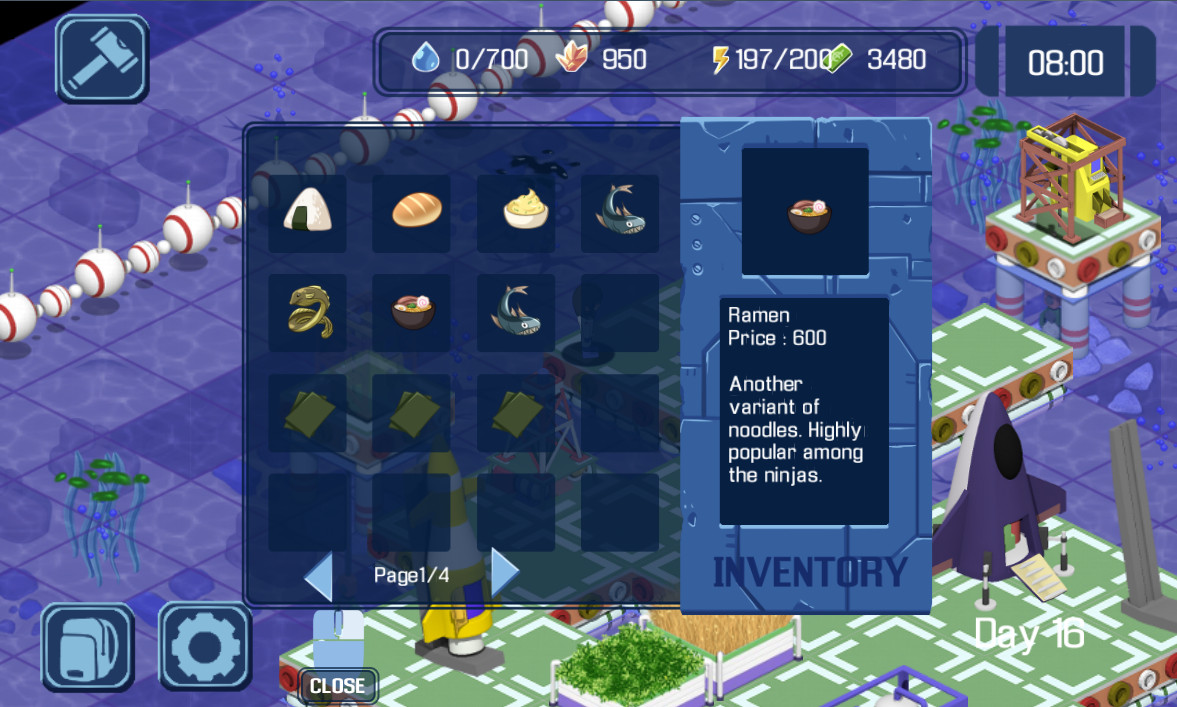 In Tini Space Port, humanity has set to the starts on a Stamford Torus in order to find a new world. After generations finally, the day has come. The Torus just several hundred thousand kilometers away from a habitalbe ocean planet. The Pioneers are sent to set up a space port for bigger ships. Tini is one of them.

The Pioneers are only given a limited resources to built the port. There are four main components for the port: landing pad, lobby, an antenna, and an ATC. The needed resources need to be gathered from the planet. There are four main resources: fresh water to support life, silica to build building, energy to power the infrastructure, and money to as prove of skills. The capitalist-driven society on the Torus deemed a leader must able to prove their selves by amassing capital. Thus the Pioneers also need to established a food industry to prove themselves. The prize for the Pioneer who finished the port first is his or her name will be used as the name of the first human settlement on the planet.

Tini, armed with her trusty fishing rod that has been passed for generations, are set to make a name for herself in the new planet.