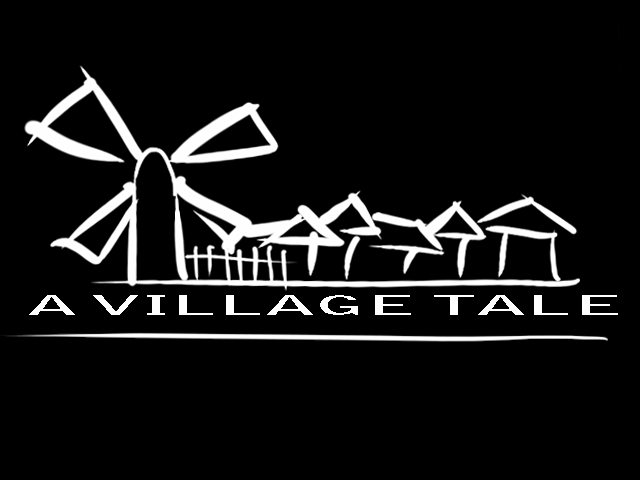 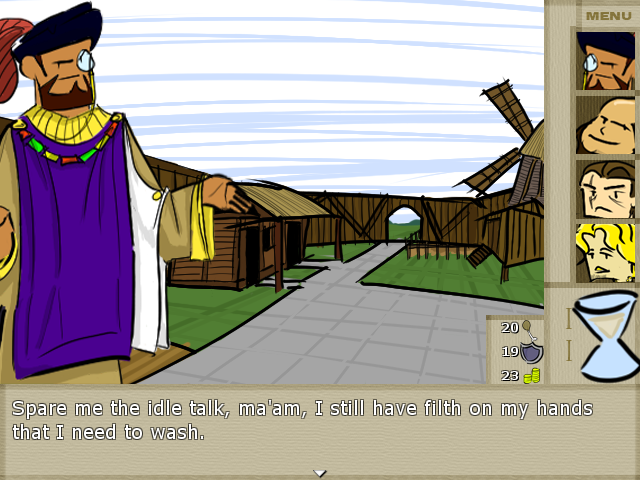 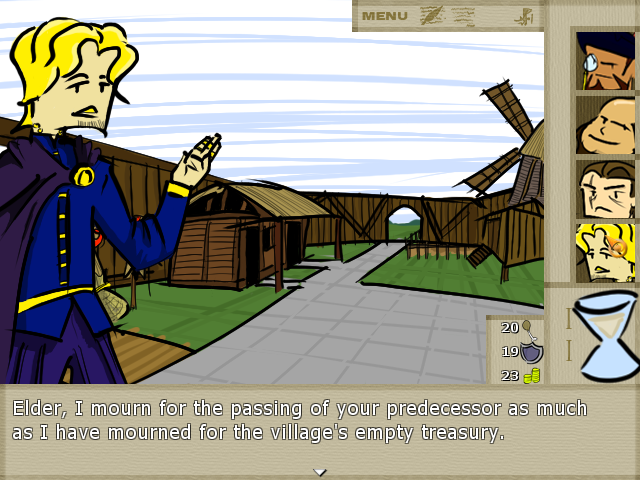 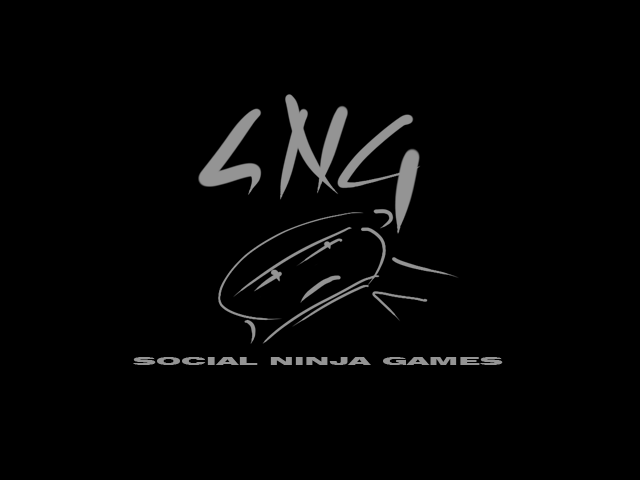 A Village Tale is a Simulation-RPG hybrid that features 50+ events that takes place in a vaguely described medieval-fantasy world. The player takes on the role of an unnamed female VIllage Elder trying to grow her small village's defenses, food producion or wealth.

The game begins with a typical, narration about a battle between good and evil with a twist about gods playing dice, and the elder and her village being caught between the chaos.

The gods' dice game, is stressed by the fact that many instances of the game are very dependant on luck, although decisions generally have a huge impact as well.

DEVELOPER'S NOTES(You can stop reading from this point):

This will be my first game ever to be somewhat released into the public but second to be started(first one is still in the works) and, I was surprised at how much fun I had procrastinating since I found out about the schedule of the contest at the exact day it started and that one spark of inspiration only brought me into the zone a week before the deadline. So that was cool. Thanks Monster.

I'm also really happy about the artwork. Not that I think it's great, but I think I did better than I had hoped. Could do a little more work on the music, though. I think I'm proud with two of my tracks but meh about the other three. I'm most worried with the bugs, though. Since the game, although linear in essence, has all these roots sticking out on all sides making one or two playthroughs far from enough to find all kinds of bugs that I left hanging.

All in all, I'm proud of this. Never though a newbie like me could pull it off.